Managing local listings across the Web is a nightmare for small businesses, and a huge opportunity for local advertising startup Yext. The New York City company just closed a $10 million series D round, led by Michael Walrath through his WGI Group investment vehicle. Other existing investors IVP, Ron Conway’s SV Angel, and Sutter Hill Ventures also participated. Walrath is the founder of Right Media (which was sold to Yahoo for $850 million) and became chairman of Yext last March.

This was very much an internal round, but at a higher valuation than the $25 million C round two years ago (which it called a B at the time, but was technically a C). Yext’s main business is pay-per-call ads for local businesses. And that is a decent sized business that brings in revenues in the double-digit millions, and the company even entertained some acquisition offers. “We thought about whether or not to sell or do something that could be 100 times as big,” says CEO Howard Lerman, “and we chose the latter.”

Instead of selling, Yext decided to go in a different direction and spent $10 million to develop an entirely new product for local businesses called PowerListings which is growing quickly and will eventually overtake the pay-per-call business. Initially called Tags, PowerListings gives local businesses a single dashboard where they can manage their listings across dozens of sites like Yelp, SuperPages, Citysearch, Yellowbook, Local.com, Yahoo Local and more. PowerListings lets merchants fix inaccurate listings across the Web, and update them all at once from one central place. In the last 100 days, businesses have signed up 4,500 locations and growth is picking up (see chart). 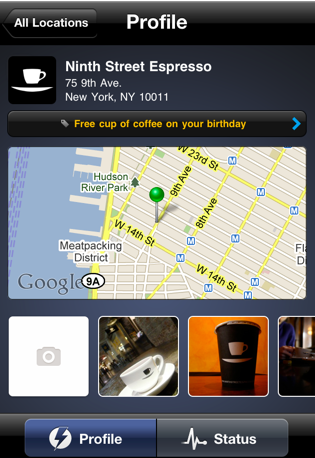 Lerman estimates that there are only about 200,000 local businesses in the verticals Yext was focused on that can use its pay per call service (which it will continue to run). But the need for a way to manage local listings on the Web applies to 20 million businesses in the U.S. So why not sell the pay per call business and take the money to build the Power Listings business? Lerman says that he wanted to keep the same team and technology stack, as well as leverage Yext’s existing relationships with local business listings sites.

With the new money, he wants to integrate 100 more local sites and apps so that Yext becomes the one dashboard a local business needs to manage their listings information online. “Everywhere someone looks for a local business, we want to be there, helping synchronize the business listing,” says Lerman. Yext is also working on a mobile app for local businesses that will let them manage their listings form their iPhones, and even upload new photos of their locations. With one click, they will be able to change the photos of their businesses on Yelp, Citysearch, Yahoo Local and everywhere else their listings appear online.

For most local businesses, their listings are their main presence online and they don’t always have control over what those listings say about their locations. Yext wants to give them back that control.