It’s testament to the enthusiasm of the Uber fan base that we’ve gotten multiple tips this afternoon about the service being live in Seattle. Via a quick phone call with Uber CEO Travis Kalanick, I’ve confirmed that Uber has indeed soft-launched in the Pacific Northwest’s largest city, with an initial three black cars in its test fleet.

Perhaps because of general cost of living is lower, Seattle Uber pricing is less than its counterpart in New York or San Francisco — At a $7.00 base fare with a $12 minimum versus a $8.00 base fare and a $15 minimum. Uber costs more than a cab obviously (the company is currently experimenting with pricing) but totally worth it if you need to get somewhere fast, safely or just want to impress someone with your uncanny ability to summon a black car at will.

As having enough drivers to quell car requests is a key issue with Uber, Kalanick tells me that they’re positioning the initial Seattle Ubers as for “adventurous users only” even though the app is live and ostensibly anyone can use it. Kalanick hopes to have dozens of cars available upon full launch, which he jokingly says we should expect at some point in the next two weeks to three months.

While Kalanick couldn’t give out any information about how successful the Uber launches were in San Francisco or New York, or which cities will come after Seattle, he did give me this one stat, “The best metric I can give you is that Uber is killing it in San Francisco and we’re crushing it in New York.”

Sure enough, five minutes after stealth launch, photographer Chase Jarvis — the Seattle equivalent of our own Erick Schonfeld — scooped one up (image below). 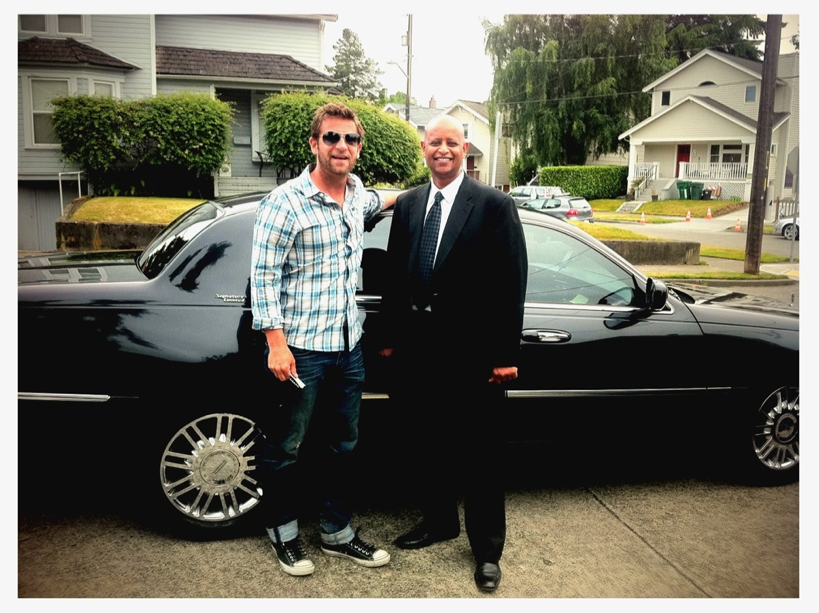