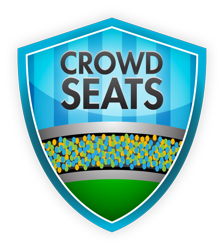 Daily deal sites, by and large, seem like they’re here to stay, much to Rocky Agrawal’s chagrin, surely. Whether or not you agree with Rocky’s flurry of posts last month about Groupon and its claque of clones, the daily deals model is not perfect, and it’s certainly a worthy endeavor to make sure that small businesses and merchants are not coerced into structuring one-sided relationships with daily deals sites. Justin Cener, the Founder and CEO of Crowd Seats, agrees that the daily deal model is not ideal for every industry and merchants shouldn’t force the model just because daily deals are all the rage these days.

That being said, Cener thinks he’s found a niche that is suited well to the daily deal and group buying model: Sports tickets. The Crowd Seats founder told me that he thinks businesses with perishable inventory stand to gain the most from the daily deals model and that sports tickets are a prime example: If tickets to Sunday afternoon’s football game go unsold, those particular tickets can’t just be sold on Monday. Those tickets are lost. For good.

What’s more, businesses that make money on complementary goods and can create purchases that make up for the money lost in the discount stand to do more than just break even on these kind of deals. Generally speaking, when a discount comes out to be 75 percent or more, it’s a losing proposition for the merchant — depending of course on the deal provider’s cut.

The daily deal model can be successful in niche markets, Cener said, because in the case of sports tickets (and, really, any other ticket-selling business — movie theaters would be another), there can be “guaranteed overage” revenue generated from complementary sources, like parking, concessions, beer, souvenirs, and so on.

The niche focus is also a leg up for Crowd Seats (especially in the face of the Groupon haters out there). When a user signs up for the startup’s service, they are signing up to buy sports tickets — and sports tickets only — compared to Groupon, where a user might be interested in massage deals, or restaurant deals, or movie deals.

Targeting a niche market can also address the issue of long-term value; Groupon deals are becoming famously questionable as a means for creating loyal customers, but in a niche market, Cener thinks that sports fans are already rabid by nature. They’re also going to be encouraged to become repeat visitors, because they want to support their teams and get to as many games as possible, especially when they can take advantage of highly discounted deals. (Rates are negotiated on a game by game basis, and normally range from 30-45% of the total deal revenue, Cener said.)

Another point: Daily deals sites don’t do a great job of conveying extra value to the merchants they partner with, which is why Cener hopes that by including social media links to teams’ Facebook and Twitter pages, and encouraging its users to “like” and “follow”, teams can connect with their fans on their own terms. Crowd Seats also provides “best practices” for merchants, offering teams advice on how to retain new customers, like encouraging them to sign up for an email list, or including marketing materials and flyers at the point of voucher exchange, or even welcoming Crowd Seats users via Jumbotron signage.

The Los Angeles-based startup, which initially launched last month, offers discounts between 50 and 90 percent off the face value of sports tickets. At this point, the service is available in Los Angeles, San Francisco, New York, Chicago, and Boston, but Cener says that he wants to continue expanding to all major cities in the U.S.

As to how it works? Users sign up for Crowd Seats and confirm by email, whereupon they can the search for deals by city. Once a user chooses one of Crowd Seats’ deals, they enter billing information in a secure checkout and submit the order. They’ll then be redirected to their profile, or “My Stuff” page, which lists a user’s purchases and account information. Crowd Seats then sends the user an email, where they can view and print their tickets. Fairly straightforward.

Crowd Seats has not yet received any outside funding, it’s completely early-stage bootstrapping at this point, but Cener said he hopes to being raising a round of seed funding once the model gets some traction. It’s going to be tough for Crowd Seats in the early going, because of the deep resources of sites like StubHub, users will quickly become disenchanted when they find that their favorite sports team isn’t yet on board, offering deals.

But Crowd Seats seems to have picked a great niche market in which to leverage the daily deals model, and if the team can forge some early partnerships with big sports franchises, the startup could be headed for long-term viability.

Check it out and let us know what you think. Oh, and Cener also did some due diligence and research on early daily deal experiments among sports teams, and found that revenue from ticket sales plus supplemental revenue generated at the stadium averaged out to over $50K per deal — at least for those NBA teams that tried out daily deals. You’ll find more in the infographic below: