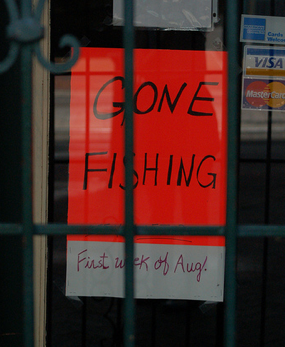 Sometime on the morning of July 3rd, Google Realtime Search mysteriously went offline and, assuming it was just another example of things breaking on a holiday weekend, most tech publications ignored it.

Well as it turns out the reason behind its disappearance was not so mysterious, on July 2nd Google’s access to Twitter’s special firehose expired and it pulled the feature in order to rethink its strategy. Bing, which had a similar deal with Twitter still has access to the firehose.

What gives? While no one really has any details as to why the deal fell through, Google says that it disabled the project to incorporate Google+ results and Twitter says that it will continue to work with Google on other projects.

“Our vision is to have google.com/realtime include Google+ information along with other realtime data from a variety of sources,” a Google spokesperson told Search Engine Land.

It’s not like Twitter will be pulled entirely from the service, Google can still crawl and organize publicly available tweets (each tweet is its own webpage). Google+, which bizarrely still does not have search, might eventually become a dominant enough service that users will want Realtime search that is free of Twitter noise. Google might have also treated the deal as a learning experience, like when Eric Schmidt sat on Apple’s board and then launched Android.

But can Google’s Realtime search succeed without Twitter? I know that I for one will be using it a lot less unless Google’s public tweet crawl is comprehensive enough to supplant a service like Topsy, or Twitter’s own meager search.

So is Twitter declaring independence from Google or is Google declaring independence from Twitter? I really don’t know — it might simply be a question of the right price. But if I had to guess who had the upper hand in negotiations it would be the latter, with Google now suffering from a huge case of “You don’t know what you’ve got until it’s gone.”