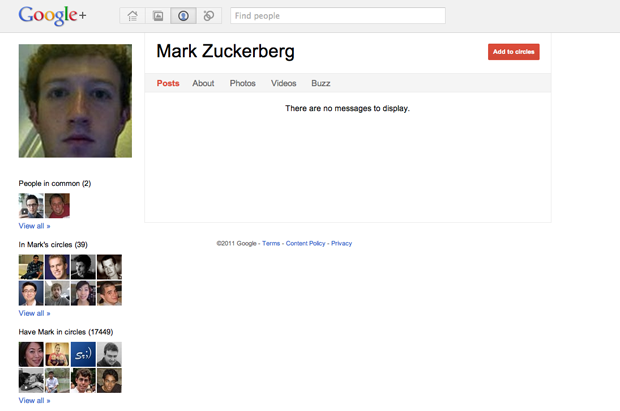 Facebook CEO Mark Zuckerberg joining Google+ was at a major media event, with everyone from Forbes to The Daily Mail covering the fact that the founder established a Google+ profile, building Circles that include former Facebooker Dustin Moskovitz and current Facebook CTO Bret Taylor.

While many were doubtful that the real Zuckerberg would join a competing social service, tech blogger Robert Scoble texted Zuckerberg himself to confirm, tweeting out “Name drop moment. Zuckerberg just texted me back. Says “Why are people so surprised that I’d have a Google account?”

In case anyone is still doubting that it is the real Zuck on there, Scoble tells me that Zuckerberg indeed meant Google+ account when he referred to Google account. But the real question is, why are people so surprised that Zuckerberg would chose to be on Google+?

Perhaps the answer lies in the precedent set by Google founders Larry Page and Sergey Brin, who seem to have shied away from interacting on Facebook as themselves. (According to Steven Levy, Brin is actually on Facebook as a pseudonym. Google Chairman Eric Schmidt is also rumored to be on the service, independently of when Mike impersonated him).

Page’s and Brin’s behavior aside, plenty of other founders (Myspace Tom for example) have shown that it’s perfectly normal to partake and enjoy competitive services, and that it shouldn’t necessarily be considered an act of espionage. I for one just hope Zuckerberg is more prolific on Google+ than he is on Twitter.