Back in March, we first exposed Disco, a group messaging app that the Slide team within Google had built. And that’s not all they’ve been working on. Say hello to Pool Party, another secret project by the same team within Google.

We don’t know much about Pool Party other than it’s a photo-sharing app that the Slide team has built. The emphasis is said to be on creating group albums (“pools”) that show new photos in real time.

The app is currently in invite-only beta testing. And Google was able to secure the poolpartyapp.com domain for it — not quite as sexy as disco.com, but it will do.

What’s perhaps most interesting about this is that Slide is building these new apps within Google while other teams at Google work on similar projects. For example, Google+ features both a group messaging component (Huddle) and a mobile photo sharing component (Instant Upload). When I asked the Google+ leads, Vic Gundotra and Bradley Horowitz, why they weren’t just using Disco inside of Google+, they both said they had no idea what I was talking about — while smiling.

It’s believed that Slide is allowed to work autonomously on their own projects within Google, and both of these apps appear to be very much proof of that. The question is if and when Google will use its own clout to promote these things. Disco is already on version 2 with no Google promotion yet.

Sadly, unlike Facebook’s secret photos app, we were only able to secure two photos of Pool Party. Enjoy.

Update: A Brodie Duncan notes on Twitter, look what’s in the Android Market already — with 0 installs! It’s not clear if you’ll be able to use Pool Party this way since it’s in private beta, but get downloading!

Update 2: And look at that, it’s in the App Store as well! We previously believed it would be Android-only, but clearly that’s not the case. 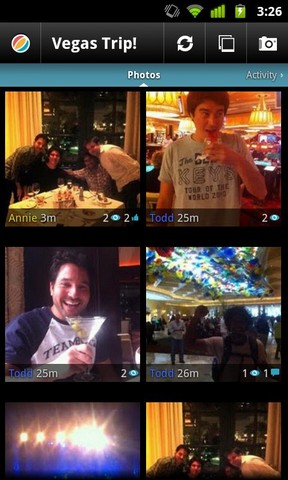 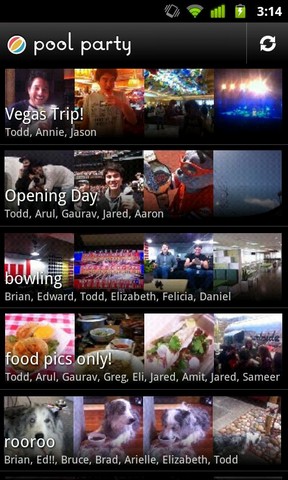