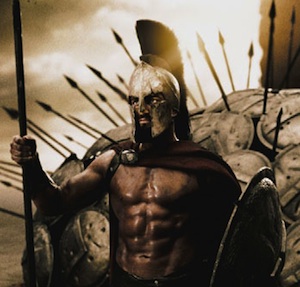 Apparently, Facebook is gearing up to show off something “awesome” next week. At least, that’s what CEO Mark Zuckerberg told reporters while he was visting the Seattle Facebook offices yesterday. Reuters reports that whatever it is, it has been developed by the 40-person team based in Seattle. And they think it might be in the mobile or tablet space.

All we know for sure is that it won’t be Project Spartan, the HTML5-based app platform that Facebook has been working on with a small group of outside developers in secret for months. Spartan will not be ready to go before the middle of July at the earliest, we’re told — nor is it based in Seattle.

What is based in Seattle are teams with deep ties to mobile. Earlier this year, the team up there put a lot of work into merging the m.facebook.com and touch.facebook.com sites together. Given that part of what we’ve seen in the leaked Facebook mobile photos app closely resembles a part of the new photo experience on m.facebook.com, it’s possible Facebook will unveil their new mobile photos offering from Seattle. All we’ve heard recently is that the pictures we leaked were somewhat old (but very real). We also believe that there will not be a stand-alone app when it’s released, but rather, it will be a part of the current Facebook app experience.

We also know that the Facebook team in Seattle has been trying to build up a desktop software team. But the hiring is ongoing for that, so don’t expect any news out of that department for quite some time.

The wildcard is the iPad app. We know it’s coming soon, and have spoken with multiple people who have seen it now. It’s not clear if the Seattle team built it or not, but it’s certainly possible.

Update: One source says it “highly unlikely” that Facebook’s announcement next week is the iPad app.