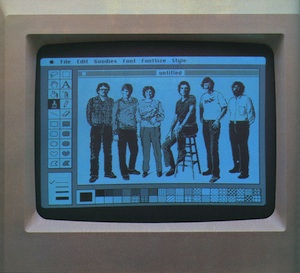 When I sat down last week with Google’s Vic Gundotra and Bradley Horowitz to get a tour of Google+, the new social project they rolled out today, my immediate reaction made them extremely happy. I told them that it looks great — Circles in particular — it was almost as if it wasn’t a Google product! That made them laugh. Then Horowitz let something slip.

Hertzfeld, who has been working at Google since 2005, is indeed the one we can thank for the better-looking interface on Google+, as he’s the design lead on the project. You’ll likely recognize his name from his time spent at Apple (1979 – 1984) where he was a key designer for the original Macintosh software team.

Steven Levy details more about this in Hertzfeld’s new role in a great, in-depth report on the making of Google+ (which was, as we reported many months ago, codenamed “Emerald Sea”) done while researching for his new book, In The Plex:

Levy reports that with Emerald Sea (again, now Google+), Hertzfeld was given free reign to “flex his creative muscles” for the first time within Google. While traditionally, Google CEO and co-founder Larry Page has been opposed to lavish designs because he’s obsessed with product speed, he signed off on Hertzfeld’s work. “Maybe Apple’s resurgence had a little bit to do with is,” Hertzfeld tells Levy.