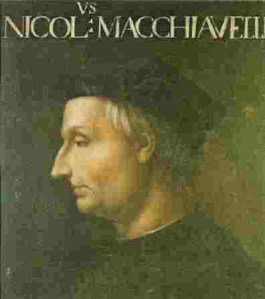 When an employee cries foul against a big tech company or its greed-driven investors, it’s easy to take the side of the employee, especially when an employee comes forward on the record to state his or her case.

A wronged employee is inherently more sympathetic than a big, greedy private equity firm or a faceless corporation, and it’s rare that an employee will actually publicly take a stand. In the cozy, relationship-driven world of Silicon Valley no one wants to make a public stink about a perceived or even real injustice. The temptation is to just suck it up and move on.

But as this Skype story has continued to dominate another weekend of headlines many bloggers and tweeters are missing important facts in our zeal to defend wronged employees and demand that private equity firms– especially ones profiting off of an $8 billion deal– just do the right thing.

Behind the real story lies an important lesson about the dramatic ways compensation is changing in the Valley. Employees should never assume each employment contract is the same as the one they had before. That’s especially true now, as companies take longer to go public and new forms of liquidity like secondary markets emerge, compensation models are changing dramatically in the Valley. The importance of actually reading whatever it is you are signing is paramount, especially when you are joining a company that doesn’t fit the traditional venture-backed mold, which Skype most definitely did not.

Here’s the background on the Skype thing, as explained to me last night by a member of the investing syndicate. When the new CEO Tony Bates was hired, naturally there were staffing changes he wanted to make. The decision was made to terminate several executives and Bates started the proper process to do so. Investors had zero involvement with that decision, in fact there was never even a discussion of it at the board level. The timing coincided with the awkward period between announcing Skype’s acquisition by Microsoft and the deal actually closing.

It’s unfortunate timing for the executives in question, because they won’t get the full amount of the payout they would have gotten, had they not been fired. But Skype has argued it has to continue to run the company as if there isn’t a deal on the table, and Bates deemed that included firing these executives. Oh, and lost in the initial hysteria was the fact that they’re getting 75% of the payout anyway, so the amount of money Skype investor Silver Lake Partners was supposedly going to these lengths to screw them out of was pretty niggling.

This weekend, the allegations got worse. Former employee Kuo-Yee Lee has come forward saying he’s leaving and unlike those earlier executives, he isn’t retaining 75% of his payout. Indeed, his already vested shares are being taken away from him. The outrage is understandable. As Mike explained in his post, this runs a foul of how 99.9% of venture-funded startups’ employment contracts are structured in the Valley. Many people being quoted in the press have never seen a deal like this before, and any startup journeyman executive wouldn’t have known to expect it.

But there are two big distinctions that are getting missed in all the outrage. The first is that Silver Lake — Skype’s investor in question who structured the contract and is being called evil– isn’t a venture capital firm. It’s a private equity firm. And there is a difference between how option contracts are drawn up in the venture world and the private equity world.

As standard as getting to keep vested options if you quit before an investment is closed is in the venture capital world, it’s equally as common that you have to stay through the close of acquisition to keep them in the private equity world. Indeed, our source says the Skype contract is a boilerplate agreement for all the companies Silver Lake invests in. And all of this was in the paperwork the employee signed. He just didn’t read it carefully, at his own admission, because he assumed it was like other option contracts of venture-backed companies. That’s not really Silver Lake’s fault.

A big reason private equity firms have this clause– from what I’m told– is they think it’s mercenary and disloyal for employees to join a firm that’s on a clear path towards a buyout, wait until a year and then leave with a quarter of their shares vested for another company before that deal is done.

Typically private equity firms are buying turn-around properties, not growing a new business from scratch. When you’re building a business from nothing, the company changes dramatically in short periods of time. It’s culturally acceptable that certain people are good at the early stages and those roles need to change as the company grows. That’s not the case with more mature targets of PE firms.

It’s simply a different mentality and a different culture. Mike’s analogy of “What if Facebook did this?” is irrelevant, because a company like Facebook, as a classic venture-backed startup, would never do this. Comparing someone joining Skype in the past year to joining Facebook when it had three employees is about as similar as comparing me joining TechCrunch a few years ago to me joining the New York Times. Both Skype and Facebook are Internet companies the same way TechCrunch and the New York Times are both media companies. But that’s pretty much where the similarity ends.

This cultural disconnect is a big reason you can count PE deals in high-growth tech companies on two hands. The two worlds historically don’t understand one another.

The other huge distinction is that Lee wasn’t fired like the executives we wrote about earlier, he voluntarily quit. It says that in his letter we reprinted earlier, but many reports are still lumping him together with the terminated employees, furthering the insinuation that the board fired him and yanked away options. As far as I can tell, that insinuation is still as incorrect as it was a week ago.

More to the point: Lee chose to quit just months before the acquisition would close, at which point he would have kept the full value of the shares. The terminated employees did not have that choice. “Private equity firms view a buyout as a journey from a purchase to a sale and when employees leave along that journey there are good leavers who get fired and bad leavers who quit during the middle of it,” our source said. The “good leavers” or the people who got fired are getting paid out 75% of the total they would have made had they stayed through “the journey,”  because they didn’t leave voluntarily. If you chose to quit in the middle of that journey, it’s another story. “The call option isn’t something you would see in a normal VC deal, but that’s what he signed. By signing a contract you are verifying that you understand it,” our source said.

This clearly sucks for Lee. Obviously, he didn’t understand the agreement, otherwise he probably would have waited a few months to quit. I’ll admit I didn’t have a lawyer look at my TechCrunch option paperwork when I signed it, and I had no idea what the terms were from reading it myself. If something like this happened, I’d be furious.

But I also wouldn’t have held TechCrunch accountable if it said something different than I assumed. It’s a bit like those 34-page terms of service agreements you have to opt into to buy something from the Apple store. I doubt anyone has actually read the whole thing. But that doesn’t mean I can sue Apple if they try to enforce it.

Mike’s argues that an attorney could argue “fraud” because the contract was so rare for a venture-backed startup and it was natural that someone was confused. Possibly. But again, Silver Lake isn’t a VC firm and if this is their standard contract as our source says, that’s a lot harder to prove.

Originally we reported the amount lost by the fired executives “wasn’t even worth the phone call.” This new amount lost by employees who quit is even smaller according to our source: The total in dispute is between $750,000 and $1 million, across all employees who voluntarily quit. The idea that Silver Lake is spending time concocting Machiavellian schemes to save $1 million of an $8 billion deal makes people who say 9/11 was a hoax look rational.

If the amount is so small, why not just give him the vested shares? Because this is their standard contract, Silver Lake can’t without opening themselves up to lawsuits from all the other buyout deals where employees have to live by the same agreed-upon contract, engendering a full-on LP revolt. Meanwhile, Skype is balking at the coverage, because this was a guy they hired, promoted, gave raises to, and would have given a decent payout, had he stayed a few months for the deal to be completed, our source says. “The company feels they treated him really well,” the source said.

Regardless of how this plays out for Lee, this should be a wake-up call to employees, because compensation among startups and tech companies is changing dramatically. Increasingly, there’s not going to be any case that happens 99.9% of the time. While private equity deals may continue to be rare among tech companies, the switch away from standard option packages is becoming more pronounced, typically in lieu of larger cash compensation or restricted stock units.

Most of this has occurred at large companies, and it was sparked by Microsoft in the wake of the 2000-era bust when so man employee stock options were deeply underwater and never coming back to the late 1990s heady highs. Suddenly what had been a great tool to engage employees in the growth of a business became a depressing daily reminder that the company wasn’t going anywhere. This weighed heavily on corporate cultures in a way it hadn’t in the pre-option era. At one point Yahoo’s stock price was even displayed on the digital readouts of printers in the headquarters. Try looking at that one every day. Not very inspiring. There was– and still is in some quarters– a “show-me-the-money-style” backlash against options.

While Google has turned toward huge cash awards to compete, Microsoft and others have turned to RSUs. With RSUs you get the full value of the shares when they mature, not the value of the share minus the common share price when you were granted the options. In other words, RSUs don’t go underwater no matter how poorly a company’s stock performs; you just make less, but you still make something. Private companies have started issuing them too– mostly because they don’t count against the 500-shareholder rule.

But there are downsides to RSUs too. One is employees are frequently getting fewer of them, and culturally some people think they make a company culture less aggressive, because employees aren’t incentivized to push the company’s share price higher.

No doubt there are other unintended consequences of this shift that will come out later– just like they did with options after the year 2000 crash. Remember the shock of employees being held hostage by the alternative minimum tax on the spread of their options, regardless of whether the shares had now lost all their value? Scandals like these abounded in the early 2000s where employees argued the same thing that Mike argues in the case of Lee: That people didn’t understand the full implications of what they were signing.

Well, now you’ve been warned. Get a lawyer to look at your contract or beware. Because no company– evil or not– is going to do it for you.