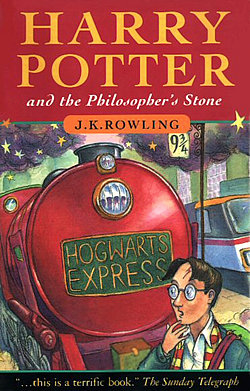 Around 4 AM PDT this morning, Harry Potter author J.K. Rowling unveiled the latest addition to the massively successful series: a website called Pottermore, which will feature, among other things, Harry Potter eBooks (which have never been legally available to date) and thousands of words of new content describing the characters and world of Harry Potter.

But while the site now features a handful of screenshots, Rowling and the accompanying press material were still pretty vague about what exactly Pottermore is. Fortunately, as a long-time fan myself, I have a few guesses. So let’s try to cast some light on what this all means. Imperi– err, Lumos!

First, the biggest immediate news: this will mark the first time Harry Potter novels will be available in eBook formats. Rowling has indicated that the books will be DRM-free and will be available for all eBook devices including the Kindle and iPad, though it’s a little unclear how exactly this is going to work. Obviously this is a big deal (the books have sold more than 400 million print copies worldwide). I doubt people are going to rebuy the books the way some of them have with Apple’s launch of The Beatles on iTunes, but going forward the electronic editions will undoubtedly prove immensely popular.

But today’s announcement was about more than eBooks. It’s about the future of the Harry Potter brand, which just got a new home.

It’s a little weird to think about, but up until now there’s never been any officially sanctioned home base for Harry Potter fans.

Fan sites like Mugglenet and The Leaky Cauldron have given aficionados a place to get daily news updates and interact on forums. But HarryPotter.com just redirects to a Warner Brothers site about the upcoming Deathly Hallows Part II film. That comes out in less than a month so it’s going to be stale soon, and even if Warner transforms it into a central hub about all of the films, it’s still going to leave fans wanting — especially since many  of them care more about the books than the films.

Which brings us to Pottermore. As soon as the midnight showing of Deathly Hallows ends, millions of fans are going to walk out of the theatre with the uneasy feeling that they don’t have anything Harry Potter-related to look forward to — ending a streak that’s gone on for a decade now.

Pottermore is the answer to this.

Here’s how the site is being described in the press release:

For this groundbreaking collaborative project, J.K. Rowling has written extensive new material about the characters, places and objects in the much-loved stories, which will inform, inspire and entertain readers as they journey through the storylines of the books. Pottermore will later incorporate an online shop where people can purchase exclusively the long-awaited Harry Potter eBooks, in partnership with J.K. Rowling’s publishers worldwide, and is ultimately intended to become an online reading experience, extending the relevance of Harry Potter to new generations of readers, while still appealing to existing fans. As the Pottermore Shop develops, it is intended that it should include further products designed specifically for Harry Potter fans, offering a potential outlet for Sony products and services related to Pottermore.

(Yes, that bit about keeping the series relevant to new readers is a little depressing — since when do fantastic books require an online supplement? But I digress…)

Looking at the screenshots, I’m reminded of J.K. Rowling’s official site, which she launched while the books were still being written. Through the site Rowling sporadically revealed clues about the upcoming books using basic puzzles (in 2004, for example, she unveiled the title of Book Six). The site is also littered with tidbits of trivia about the characters, as well as FAQs and debunked rumors.

The site is launching to private beta testers on July 31 (which coincides with Potter’s birthday in the books), and will be broadly available in October. Over the ensuing months and years, Rowling will be gradually adding more content to the site, fleshing out back stories and adding additional interactive features.

Some of this will be contributed by users — the press release notes that users can submit “comments, drawings and other content in a safe and family environment.” And the screenshots also depict some social features, like seeing where in each book each of your friends is. Also note the inbox, which is an owl with a number badge pinned to it.

And.. err.. none of that sounds that thrilling to me. Granted, I’m hardly the target demographic, but even the 12-year old version of me (which is when I started reading the books) probably would have shrugged his shoulders at this. New content? Great — definitely enough to keep me coming back once a month or so to look for new tidbits. Being able to follow along with my friends? Bleh.

But I’m guessing the real meat of the site will come through the partnership with Sony. Sony is describing this as “a pioneering partnership that will help shape the future of story-telling” and will span years. No, a Harry Potter MMO was not announced today, but the demand is there, and Sony certainly has experience with massively multiplayer games — it created Everquest (which was the most popular predecessor to World of Warcraft). Update: Wired UK points out that Warner Brothers owns the rights to Harry Potter video games. And while the press release says that Warner will be a collaborator as the project moves forward, it doesn’t indicate just how deeply involved they’ll be. In other words, that MMO may be less of a given — there may be deals that need to get worked out, or perhaps Warner would do a game independent of Pottermore.

There will undoubtedly be other products as well. Some will bomb, just as some Star Wars products have bombed. But there’s still going to be a huge demand for new Harry Potter games and media, and they now have a launchpad that fans will be checking in on regularly for years to come. And some of those products will rake in boatloads of money.

Or maybe it really is just a Harry Potter-themed pseudo social network. In which case, pass the firewhiskey. 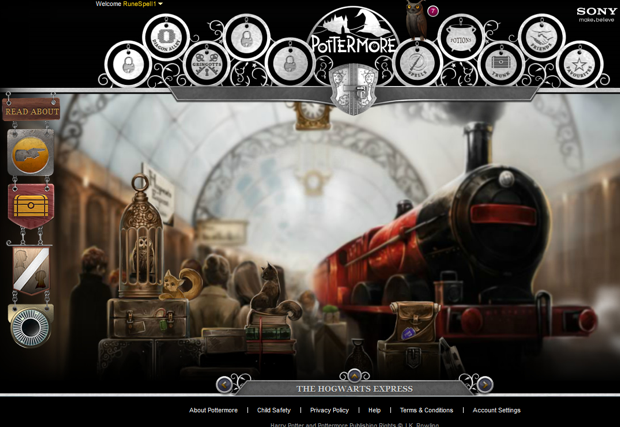 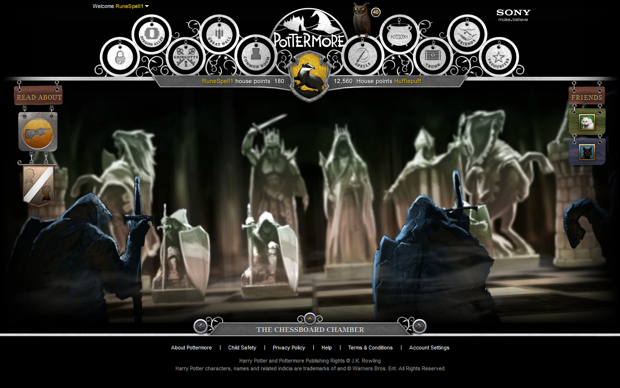 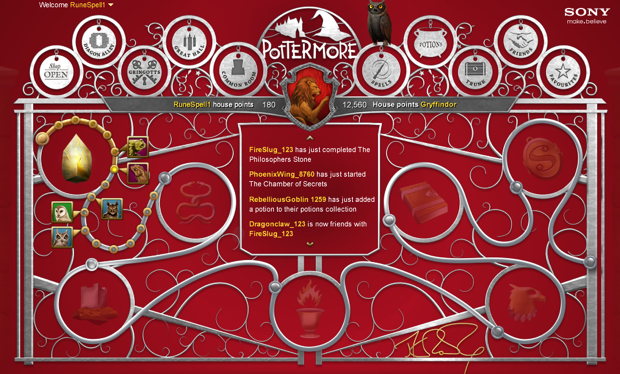