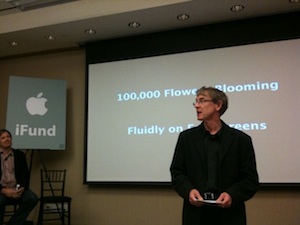 Today at their offices in Menlo Park, venture capital firm Kleiner Perkins Caufield & Byers is celebrating the third anniversary of the iFund. Technically, the fund started in March of 2008 alongside the first iPhone SDK, when the firm announced that it would be investing $100 million in iPhone applications made by third-party developers. That initial fund went so well that just two years later, they decided to double-down, pouring another $200 million in as the iPad was just about to launch. So where does the fund stand now?

Three years in, Kleiner Perkins has whittled down the 5,000 business plans they’ve received to 25 companies they’ve actually funded. Of those, seven are still in stealth mode, and two have had exits: ngmoco and Pelago. The apps in the fund saw some 100 million downloads in 2010, and they anticipate seeing over 300 million downloads by the end of this year. More importantly, the apps will generate over $250 million in mobile revenue this year, Kleiner says. And they’ll have more than 150 million active monthly users.

The firm is also announcing one new addition to the iFund today: Worksmart Labs. The company focuses on fitness technology, attempting to make working out fun. They have a group of apps available right now which have seen over six million downloads already. And interestingly enough, all of the apps are Android-only for now. Yes, the iFund features some companies decided more “aFund”-esque as well. Kleiner is the lead investor in their seed round.

The iFund has been such a success for Kleiner that they also decided to launch an “sFund” last year to capitalize on the rise of social applications (though some would say too late). Kleiner will be holding an sFund Gamification event next week in San Francisco. 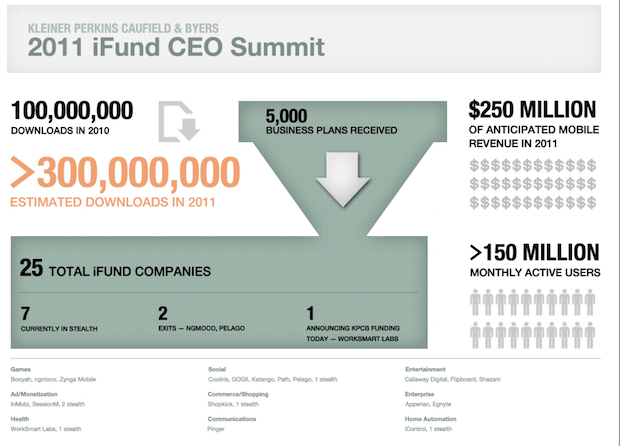