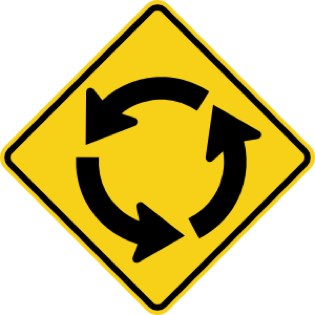 Oof, Yahoo. The Alibaba dispute, just the most recent Yahoo trainwreck, is still a fresh wound for shareholders. And things are getting worse.

Yahoo CEO Carol Bartz has long promised a turnaround at the lagging company. But we’ve been digging for new information about the state of Yahoo in advance of the annual shareholder meeting later this week, and everything we’re hearing isn’t good. One investor we spoke with said “It’s a turnaround alright, but it’s a 360° turnaround. Basically, they’re spinning in circles.”

– Yahoo is quietly looking at replacement CEO candidates. Fox Digital Chief Jon Miller has had “early and unofficial” discussions with the Yahoo board of directors about taking over as CEO. It’s thought that Yahoo board member David Kenny, who’s long wanted the job, is also a current candidate. Other names have been whispered. Bartz may know that there’s an active if unofficial search going on, but only if she’s hearing it indirectly, says one source.

– Prabhakar Raghavan, previously head of Yahoo Research, was promoted to Chief Strategy Officer. He is “responsible for developing the long-term corporate strategy and technical vision for Yahoo.” His lack of business experience has alarmed some investors, who see it as a poor judgement call by Bartz.

– Worst of all, Yahoo’s financial results are said to be significantly below what the street expects, even after expectations were lowered in May. We expect significant revisions to the guidance Yahoo will be giving analysts going forward based on what we’ve heard, particularly for the last half of the year. Even so, the stock price may not drop much. “Investors have already priced the main Yahoo business to zero,” said one investor.

– Chairman Roy Bostock seems to be the main target of upset shareholders right now. It would be too disruptive to remove Bartz from the board of directors, our sources say, but sending a clear message that they don’t support Bostock would be appropriate. There’s little chance of him actually getting less than a 50% vote, and Yahoo can override a shareholder vote anyway. But if 25% or more of the votes are withheld, it’s likely he’ll be forced to step down. Of course, we’ve seen this movie before and Bostock has survived.

One person we spoke with was willing to go on record. Eric Jackson, who’s been openly critical of Yahoo for years, said he hopes for a board level shakeup at the meeting on June 23. As for Bartz, Jackson threw this zinger: “Personally I’d like to see [Softbank CEO] Masayoshi Son or [Alibaba founder] Jack Ma become CEO of Yahoo.”

These are really just the raw notes from our discussions. We have a couple of other major stories developing around Yahoo as well. But for now we just have to wait and see how things play out at the shareholder meeting, and whether the Yahoo board can avoid a massive no confidence vote.