[youtube=http://www.youtube.com/watch?v=EmmLGTRAdx0&w=640&h=390]
Although we weep for the Polaroid of yesteryear, the world of instant film hasn’t just disappeared. As we’ve noted over the last couple years, Dutch company Impossible has taken it upon themselves to keep the old Polaroid film factory running — no small task. This little 10-minute documentary shows some of the process and a few of the people involved. 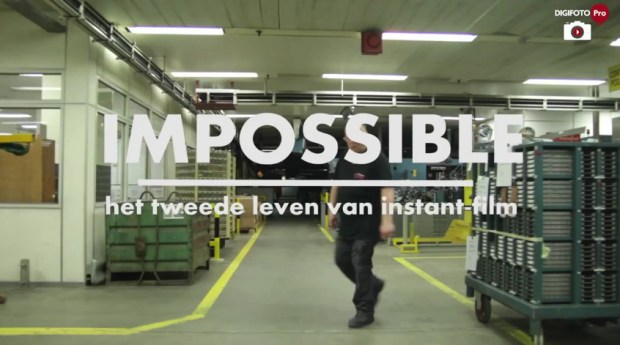 It’s not as simple as turning the lights back on and buying the chemicals, though. The Polaroid process wasn’t included with the factory; most likely, it’s the property of whoever bought the company’s IP. So the developer, film, and all the little bits and pieces had to be re-invented, though the Polaroid cartridges could be imitated and manufactured easily enough.

So far they have two varieties of film: silver shade and color shade. They’re not the same as the old Polaroids, but they’re working on replicating that as well as doing their own thing. The process isn’t perfect, either, so every cartridge is slightly different. Some like that, some don’t.

At any rate, check out the video above if you’re a Polaroid fan at all.