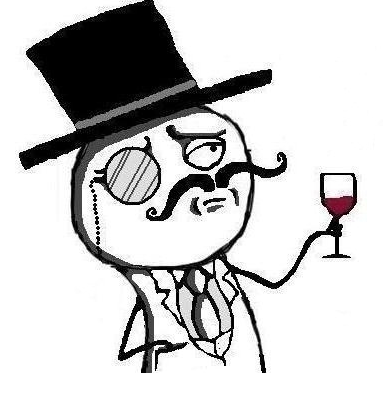 Hacker group LulzSec, which only communicates through its own Twitter account, LulzSecurity.com and random messages on Pastebin, has been on a Public Relations tear this morning. For the uninitiated, LulzSec is the loosely conglomerated internet griefer group behind the relentless hacker war on Sony, attacks on PBS, the US Senate, the CIA, and a slew of gaming sites popular with 4Chan users including EVE Online, Minecraft and League of Legends.

But despite the group’s eagerness to get in confrontations for the “lulz” and the numerous mass media headlines to the contrary yesterday, LulzSec is NOT at war with Anonymous, another hacker group — Anonymous, before the appearance of LulzSec, was held to be the preeminent Internet troublemaker. As the @LulzSec Twitter account makes clear this morning …

“To confirm, we aren’t going after Anonymous. 4chan isn’t Anonymous to begin with, and /b/ is certainly not the whole of 4chan. True story./b/ is the peon of all the 4chan boards and 4chan is the mass amplification of crowdsourcing used by AnonOps to gain support. #MediaFacts Saying we’re attacking Anonymous because we taunted /b/ is like saying we’re going to war with America because we stomped on a cheeseburger.”

The group then emphasized this by retweeting a statement by @YourAnonNews, “We are NOT at war with @LulzSec #MediaFags.”

Okay, for those of you still confused, /b/ or http://boards.4chan.org/b/is a subsector of 4chan which is used by some Anonymous members , and while LulzSec did claim to have infected /b/ and 4Chan.org was down for awhile on Wednesday, it is unclear what, if anything, was caused by an organized  LulzSec DDoS. In any case, what the @LulzSec tweets are saying is that an attack against /b/ does not equal an attack against the entire Anonymous organization which hangs out primarily on its own IRC channel and not necessarily 4Chan.org. The main mistake people seem to be making is assuming that the two organizations, Anonymous and 4Chan, are interchangeable.

Explains internet griefing expert Adrian Chen, “If Anonymous and Lulzsec were warring, Lulzsec would have DDoS’d the Anonops servers or something. And instead of just circulating posters on 4Chan and Reddit, there would have been a big campaign by Anonymous to take on Lulzsec.”

All this leaves one wondering where exactly the “friend vs. foe” line is drawn. Despite all its gaming related mischief, apparently LulzSec is a fan of SEGA DreamCast and not involved at all in the SEGA Pass hacking this morning, and indeed wants to “help.” Or that could just be a joke. I for one have no idea.

For more on the (i)rrationale behind their efforts, read their press release, posted in honor of their 10,000 tweet today.

This is Lulz Security, better known as those evil bastards from twitter. We just hit 1000 tweets, and as such we thought it best to have a little chit-chat with our friends (and foes).

While we’ve gained many, many supporters, we do have a mass of enemies, albeit mainly gamers. The main anti-LulzSec argument suggests that we’re going to bring down more Internet laws by continuing our public shenanigans, and that our actions are causing clowns with pens to write new rules for you. But what if we just hadn’t released anything? What if we were silent? That would mean we would be secretly inside FBI affiliates right now, inside PBS, inside Sony… watching… abusing…

Do you think every hacker announces everything they’ve hacked? We certainly haven’t, and we’re damn sure others are playing the silent game. Do you feel safe with your Facebook accounts, your Google Mail accounts, your Skype accounts? What makes you think a hacker isn’t silently sitting inside all of these right now, sniping out individual people, or perhaps selling them off? You are a peon to these people. A toy. A string of characters with a value.

This is what you should be fearful of, not us releasing things publicly, but the fact that someone hasn’t released something publicly. We’re sitting on 200,000 Brink users right now that we never gave out. It might make you feel safe knowing we told you, so that Brink users may change their passwords. What if we hadn’t told you? No one would be aware of this theft, and we’d have a fresh 200,000 peons to abuse, completely unaware of a breach.

Yes, yes, there’s always the argument that releasing everything in full is just as evil, what with accounts being stolen and abused, but welcome to 2011. This is the lulz lizard era, where we do things just because we find it entertaining. Watching someone’s Facebook picture turn into a penis and seeing their sister’s shocked response is priceless. Receiving angry emails from the man you just sent 10 dildos to because he can’t secure his Amazon password is priceless. You find it funny to watch havoc unfold, and we find it funny to cause it. We release personal data so that equally evil people can entertain us with what they do with it.

Most of you reading this love the idea of wrecking someone else’s online experience anonymously. It’s appealing and unique, there are no two account hijackings that are the same, no two suddenly enraged girlfriends with the same expression when you admit to killing prostitutes from her boyfriend’s recently stolen MSN account, and there’s certainly no limit to the lulz lizardry that we all partake in on some level.

And that’s all there is to it, that’s what appeals to our Internet generation. We’re attracted to fast-changing scenarios, we can’t stand repetitiveness, and we want our shot of entertainment or we just go and browse something else, like an unimpressed zombie. Nyan-nyan-nyan-nyan-nyan-nyan-nyan-nyan, anyway…

Nobody is truly causing the Internet to slip one way or the other, it’s an inevitable outcome for us humans. We find, we nom nom nom, we move onto something else that’s yummier. We’ve been entertaining you 1000 times with 140 characters or less, and we’ll continue creating things that are exciting and new until we’re brought to justice, which we might well be. But you know, we just don’t give a living fuck at this point – you’ll forget about us in 3 months’ time when there’s a new scandal to gawk at, or a new shiny thing to click on via your 2D light-filled rectangle. People who can make things work better within this rectangle have power over others; the whitehats who charge $10,000 for something we could teach you how to do over the course of a weekend, providing you aren’t mentally disabled.

This is the Internet, where we screw each other over for a jolt of satisfaction. There are peons and lulz lizards; trolls and victims. There’s losers that post shit they think matters, and other losers telling them their shit does not matter. In this situation, we are both of these parties, because we’re fully aware that every single person that reached this final sentence just wasted a few moments of their time.