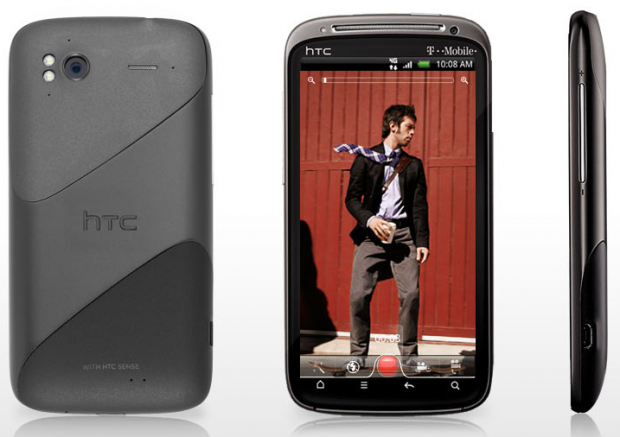 Two new Android smartphones hit T-Mo shelves today, the highly anticipated HTC Sensation 4G and the Samsung Dart, or what our friends from across the pond would call the Galaxy Mini S5570. That’s the good news.

The bad news is that both devices are listed as “temporarily out of stock” on the T-Mobile web site. I called around to a couple different T-Mo locations in the area to check if the same problem holds true at the brick-and-mortar stores. Apparently, the Sensation 4G is still available, at least at the stores I called.

The mystery, however, lies in the Samsung Dart. The first few places I called didn’t seem to know what the Dart was, and claimed to have not even been trained for the handset. After I got on the phone with a manager, he said that yes, the Dart is launching today, but not all retail locations have received the shipment. Basically, if you’ve been waiting for the Galaxy Mini variant, looks like you’ll be waiting a bit longer.

If you don’t know already, the HTC Sensation 4G is probably the best smartphone T-Mobile has ever carried. It packs Android 2.3 Gingerbread goodness in with HTC’s gorgeous Sense 3.0 UI, all powered by a dual-core 1.2 GHz processor with a 8-megapixel camera on the back. There’s just one catch, and at this point, it may be a non-existent one. Back in the UK, where the Sensation originally launched, users experienced the same “death grip” type issues we saw with the iPhone 4 a while back. T-Mobile’s model may have evaded that dilemma, but it’s worth considering before laying out the cash. The Sensation 4G will cost $199.99 on contract, or $549 off contract.

The Samsung Dart, on the other hand, is free with a contract, or $179.99 without, and comes loaded with Android 2.2 Froyo, a QVGA touchscreen display, a 600MHz processor, and a 3.2-megapixel camera. Now all you have to do is find a store with a shipment.