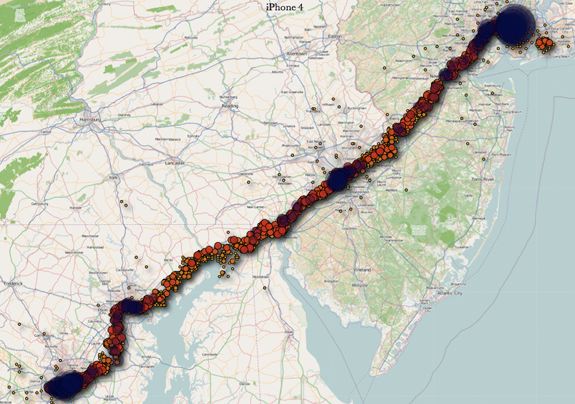 The “Locationgate” scandal that saw so much coverage back in April hasn’t been in the news much lately, but that hasn’t stopped lawmakers from trying to prevent similar situations. Two senators, Al Franken of Minnesota and Richard Blumenthal of Connecticut, have proposed a mobile privacy bill today hoping to strengthen the level of consent needed for app developers and device makers to collect and share location data.

In case you’ve been living under a rock (in a location already stored on your phone, no doubt), it all started when two researchers in Britain discovered that Apple’s iPhone and iPad had been recording location data, and storing it on the device. This had people up in arms, of course, and it was only a matter of time until Google was discovered to be doing the same thing. Since then, people have been pretty peeved about it, so much so that the long arm of the law is getting involved.

According to the senators, the bill “would close loopholes in current federal law to ensure that consumers know what location information is being collected […] and allow them to decide if they want to share it.” Of course, without location data, services like Yelp!, Fandango, and Google Maps (obviously), would be almost worthless, or at least no better than their desktop counterparts. Franken agreed to an extent, but said that “the same information that allows emergency responders to locate us when we’re in trouble is not necessarily information all of us want to share with the rest of the world.

As chairman of the Senate Judiciary Subcommittee on Privacy, Technology, and the Law, this isn’t Franken’s first go-around on the issue. Just last month, the senator held a hearing to grill Google’s director of public policy Alan Davidson and Apple VP Guy L. Tribble over the matter. As expected, both Google and Apple defended their data gathering practices, pointing fingers at third-party app makers over which they have no control. Tribble added that the information tracked on iPhones is not necessarily the user’s pin-pointed location. It’s actually the locations of Wi-Fi network routers and cell towers connecting to the device that provide Apple’s location data.

“I find that confusing,” responded Franken. Davidson of Google then went on to explain how Android devices only collect location data after the user has given consent. He added that the data sent back to Google servers is not tied in any way to specific users.