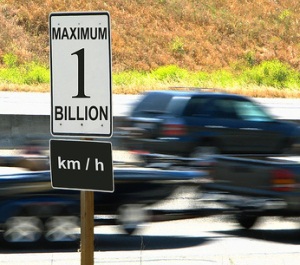 If you look at how Apple fares on the public markets today, compared to other tech powerhouses, you’ll notice that the Cupertino computer giant is currently valued at roughly $301 billion, which is close to the sum of the market cap of three of its closest rivals: Microsoft (~$200.3 billion), Hewlett-Packard (~$72.8 billion) and Dell (~$29.3 billion).

Market cap is of course just one metric – and arguably not even the best one – to make comparisons between companies. It is, nevertheless, a most excellent trend barometer and a simple way to compare valuations.

To be frank, I’m not sure this is the first time Apple’s equity value has come this close to the combined value of Microsoft, HP and Dell, but it’s most definitely the first time I’ve noticed. And while we’re at it …

It’s been a little over a year since Apple passed Microsoft in market cap (they also turned out to be more profitable than the Redmond software company last quarter).

That was a pretty big deal. And then the next 12 months happened.

Today, the difference in market cap between Apple and Microsoft is approximately $100 billion.

That’s more than the combined worth of Research In Motion, Nokia, Netflix and eBay.

Or: $100 billion is the sum of market capitalizations of Amazon and Adobe.

As for Microsoft, they’re in a rough patch. The company that boasted a market cap of around $400 billion 10 years ago (compared to Apple, which then hovered around $8 billion) saw IBM edge past them for the first time in 15 years just a few weeks ago.

Both IBM and Microsoft currently boast a market cap of around $200 billion.

And now the next 12 months will happen.