Editor’s note:This guest post was written by Rocky Agrawal, an entrepreneur who has worked on local products since 1995.  It is Part II of an earlier analysis of Google Offers. He blogs at reDesign and Tweets @rakeshlobster.

There has been a lot of excitement about the daily deal being the next big thing in online marketing. It’s actually just a clever repackaging of old ideas. Google’s entrance into the space with Google Offers gives the daily deal business a legitimacy it doesn’t deserve.

Where do the big savings come from?

There is very little transparency in the daily deals business. 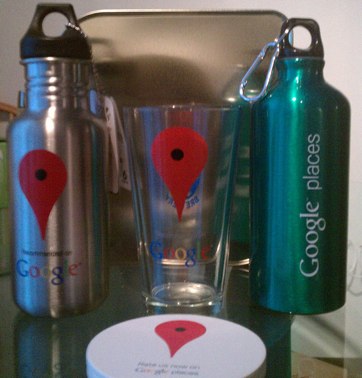 Google Offers, as a name, especially troubles me. We’re all used to getting free stuff from Google. It provides free email, voicemail, phone calls, photo storage, maps and a lot more. The other day, I was driving using Google Navigation while listening to my music in the cloud on Google’s great new Music service. I also have a sizable collection of Google gear from their Portland giveaways. (Although I missed out on the hats and gloves that I really wanted.) In Portland, Google has spread its money around generously in various events, buying products and services from local merchants.

I fear that customers will think that the generous discount is coming out of Google’s pockets or Internet magic, instead of the merchant’s pockets. It’s much easier to take advantage of a $170 billion company than the shop down the street. When Google was buying beers at Deschutes Brewery in Portland, I went more often. Why not? I was supporting a great local business with Google’s money.

Internet magic has driven down prices in many categories. Priceline’s opaque bidding was sheer brilliance. A couple of weeks ago, I stayed at the Westin in Seattle for $75 a night. The lowest direct rate for that hotel was $179, a savings of 58%. It’s a transaction where everyone benefits: I get a great rate, Priceline gets a small transaction fee and the hotel gets to fill unoccupied inventory without suffering brand dilution.

There is a false perception that Internet magic is why these daily deals are so cheap. Most accounts in the mainstream press tout the great deals, but don’t explain where the savings come from. None of the press coverage of Google Offers in Portland mentioned how bad the deal economics are for businesses.

When I explain how these deals work to friends, many are surprised. Some have dramatically cut back their use of deal sites because they want to support their local businesses and now know that redeeming deeply discounted deals isn’t the way to do that.

Consider what would happen if the deal companies broke out their fees like Ticketmaster does:

Transparency alone would drive a race toward lower fees. Of course, none of the deal companies would want to do this. But the fact that the business model would not survive transparency should be a red flag to investors.

The quality of customers that deals drive remains questionable. I sat at Floyd’s Coffee on the first day of its Google Offer for six hours to observe customer behavior. At least three people came in and asked if they could split their $10 over multiple visits. I’ve talked to businesses who have seen customers come in with the same coupon multiple times and then threaten them with bad Yelp reviews if they don’t get what they want.

Even if Google were paying the entire cost of the discount and merchants were paying nothing to be promoted, it sends a dangerous message to consumers that they should wait for “amazing” deals of 50-, 60- or 70-percent off.

For businesses, the notion that deep discounting is the way to acquire loyal customers is equally dangerous. Competing on price doesn’t get you love; delivering high quality products and services, engaging with your customers and creating unique experiences does. The best customers buy experiences, not price.

I find it ironic that Howard Schultz, the CEO of Starbucks is on Groupon’s board. I’m reading Onward, and in it he describes the great lengths that Starbucks went to during the depths of the recession to disguise discounting. He knows that in the long run, deep discounting is bad for the brand.

The daily deals aren’t as simple as running newspaper ads. There is a lot of complexity and merchants don’t know where to turn for advice. So they get it from the deal providers.

Some of the advice is just awful. On Google Offers’ “Best Practices for the big day” page for businesses it says:

No photos, please! Er — actually, lots and lots of photos and blog posts and more! Expect there to be a social aspect to your Offer of the Day and be ready to boost your own social media efforts to help promote your offer even beyond Google’s efforts.

In other words, tell your existing customers about Google Offers so that we can acquire your customers, you can reprice your base and lose margin and we get a cut of it!

That’s one of the worst things a business could do. One thing that can quickly make the economics of the daily deal even worse than they already are is that your existing customer who would otherwise pay full price come in with the offer and you get 75% less. This “best practice” only serves to drive additional transactions that benefit Google at the expense of the featured business.

There’s no mention of real best practices that would be good for the small business (but bad for Google), like make sure you get people to sign up for your Twitter or Facebook feeds. Or get their email address. Try to upsell them on dessert, wine or other high margin items so that you can eke a little bit of profit out of the deal.

There is a fundamental conflict between the daily deal providers and small businesses in the current incarnation of the business model. There are many things that the daily deal providers could do that would improve the economics for merchants; every one of them is a negative for the deal provider. The best customers for the deal sites are cheapskates who frequently buy deals. These are the worst customers for small businesses. Yet, they are selling themselves as a way to acquire loyal customers.

I’m not against discounting as a business strategy. For the right audiences, I even advise giving out free products. Even in their current form, the daily deals can be effective in some limited cases. But for many businesses, the daily deals cast too wide a net and are too expensive.

In addition to Google, companies like Facebook, Twitter, foursquare and PayPal, which have broader relationships than just deal-seeking can create compelling local experiences that make sense for consumers, merchants and the company. Square also has a play with its offerings for smaller merchants. Even companies like American Express have a play.

That’s assuming they’ll still talk to us I’ve worked in the local space for about 15 years. Internet entrepreneurs have repeatedly burned small businesses — templated minisites for hundreds of dollars a month that drove no traffic, Flash sites that were unusable. It’s a wonder why they still talk to us. I hope that we can create a sustainable win-win before the daily deal destroys what little credibility we have left.

As old as the newspaper

As much as daily deal proponents like to push it as a huge innovation and fundamentally different, it’s not.

Find the daily newspaper in a city of any size. Now look for all of the advertising for restaurants and coffee shops and nail salons. You won’t find much. There’s a simple reason for this: Most people are only willing to drive a small distance for everyday services. Neighborhood businesses can’t afford to pay the costs to advertise in a daily newspaper. The ads are primarily for national companies or regional companies like car dealers that can serve a large portion of the market. (In case you’re wondering, this is not a function of the decline of newspapers; this has been the case long before the Internet.)

The deal companies do essentially the same thing. Businesses buy more of the market than they can effectively serve. But instead of paying upfront for the advertising as you would with a newspaper or phone book, you pay for it over the course of six months to a year in the form of deeply discounted product.

A big reason that local advertising hadn’t taken off before Groupon was that the cost of sales was too high compared with the revenues that could be generated by online banners and search advertising. The daily deals “solution” is to raise the cost of local advertising to the point where you can sustain a salesforce. It takes Internet advertising and makes it more expensive, less trackable and less targeted. It’s really quite a brilliant way to disguise the underlying business. When you do the math, the amount that the deal companies get on a single deal is comparable to print advertising. Funny how economics works.

The daily deal is really a financial services product tied to an overpriced advertising vehicle. All of a sudden, because of financial engineering, businesses can “afford” marketing that they couldn’t afford before.

We have a brand new, overpriced, aggressively hyped, hard to understand product. We have no data on how it will perform over time. It is being sold to people with limited disclosures of important details. Sound familiar? It should.

Google should be different

Google is a hugely successful company that has made its money delivering great products that work for all parties. Yes, the sexy new kid on the block is getting all the attention and generating a lot of (unprofitable) revenue. But Google is already making more money from Groupon than Groupon is — a lot of the $800 million or so Groupon will spend on marketing this year is headed toward Mountain View. (With another big chunk headed to Facebook in Palo Alto.)

The daily deals business has all of the hallmarks of a build-to-flip business: little transparency, a too-good-to-be-true vibe, frenzied demand, a lot of missing but important performance metrics, questionable accounting practices and early investors cashing out at every opportunity. Google has nothing to flip.

I usually don’t root for products to fail. I knew that Wave and Google TV were likely to fail because of their complexity, but part of me wanted them to make it. If they were wildly successful, they would’ve pushed technology forward. But if Google Offers is wildly successful, it will destroy many small businesses and make conditions worse for others.

I’ve long had a positive impression of Google because it’s a company that has tried to do the right thing. Even its controversial attempt to distort class-action lawsuits to essentially rewrite copyright law and give Google a monopoly on orphaned works has some redeeming social value. Google Offers is just plain exploitative. I love Google, but I absolutely hate Google Offers.

Google, you’re better than this.

If you know of a business that has run a daily deal and since closed please email dailydeals@agrawals.org