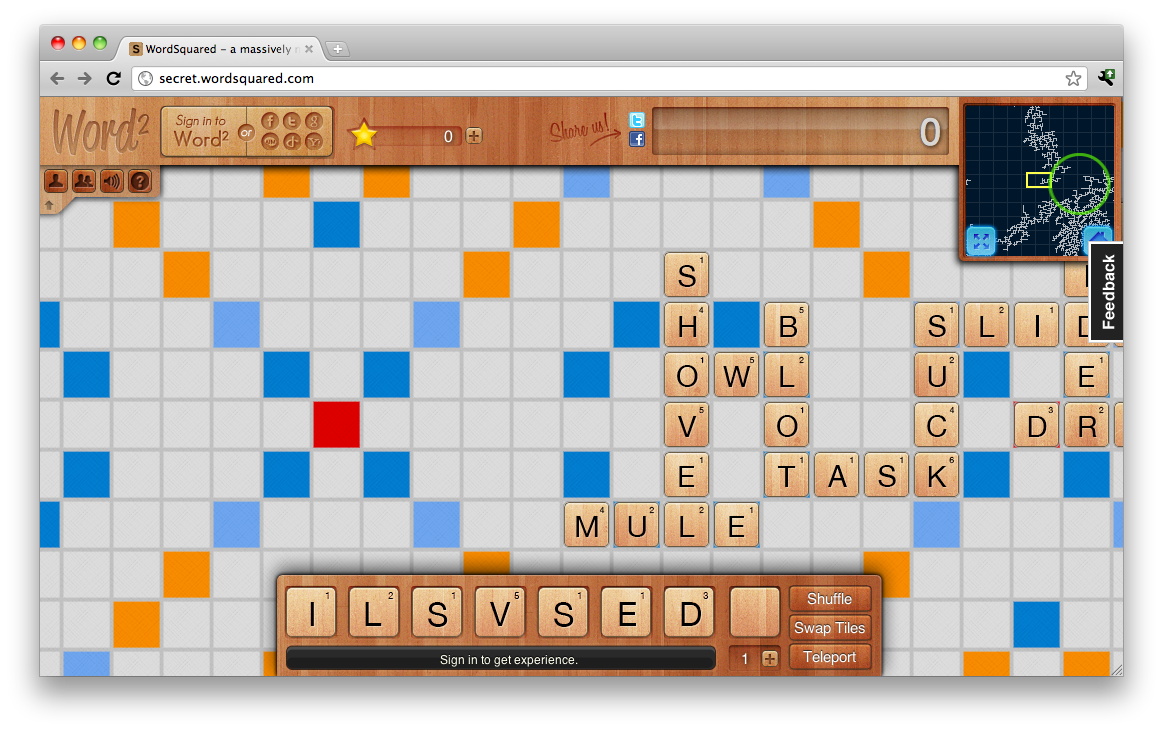 On today’s ever-evolving Web, it seems there’s a growing demand for web apps that incorporate realtime functionality. Of course, it’s by no means easy to build seamless realtime functionality, as it often requires site developers to learn a whole new framework, or worry over the configuration of existing infrastructure.

To address this problem, Pusher has built a hosted service that helps developers create web apps featuring real-time collaboration in a jiffy, all through a cloud-based API. From a free sandox account, Pusher allows developers to bring the added benefits of realtime technology to existing apps, across various languages and platforms, to small sites for free. And so far, so good. Pusher opened its beta in March 2010 and has delivered approximately 9 billion messages to date. Over 4K developers have signed up to the service, including those from Groupon, Slideshare, Togetherville, and more.

Above, you can see a screenshot of Word2, a massively multiplayer word game in which tiles placed by users are reflected in realtime for other players viewing that area of the board, thanks to Pusher’s realtime technology. To check out some awesome examples of how various developers and websites are incorporating Pusher’s realtime functionality, click here.

When WebSockets were announced as part of the HTML5 specification in 2009, Pusher believed the new technology would be an important part of the evolution of Web browsers and servers. Judging by investor interest from the likes of Orion Henry, James Lindenbaum, and Adam Wiggins (otherwise known as the founders of Heroku, the cloud app deployment and scaling platform that sold to Salesforce.com in 2010) as well as a full set of other VCs and angels, it seems that the Pusher team is not alone.

Led by co-founders Max Williams and Damien Tanner, Pusher announced today that it has raised $1 million in seed funding from London-based early stage venture firm, Passion Capital. Other investors include the Heroku founders, San Francisco-based angel Bill Lee (who has invested in Remarq, Tesla, and more), New York-based MI Ventures, and Greg Marsh (founder of One Fine Stay and formerly of Index Ventures).

Pusher will use its new capital to expand the features of its realtime platform and drive adoption of realtime features on the web. As to potential future internal revenue models? The startup plans to offer paid-plans beginning in mid-June.

“Pusher is built for a generation of developers who will spend their time making awesome apps rather than configuring infrastructure”, said Adam Wiggins, Heroku co-founder and Pusher investor.