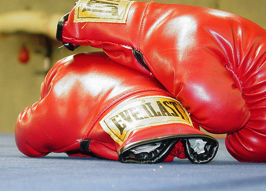 Well, this is interesting. Nuance, a company that develops imaging and voice recognition technologies, is once again suing competitor Vlingo, which also develops a voice search technology and is backed by Yahoo, AT&T and Charles River Ventures.

According to the suit, which we’ve embedded below, Nuance claims Vlingo is infringing on number of Nuance’s patents including U.S. patent no. 6,487,534 B1, which relates to a “Distributed Client-Server Speech Recognition System.” By making, using, selling, offering to sell, and or importing its products and services related to speech recognition, Nuance says Vlingo is infringing on its patent.

Nuance is requesting that Vlingo pay damages for infringing and profiting off the patents, but it’s unclear what the dollar amount of these damages are.

The two companies have a bit of a storied past. Nuance slapped Vlingo with a patent lawsuit back in 2008. Vlingo then bought a number of patents last year relating to voice and speech recognition, that aimed to force Nuance to drop its suit.

Dave Grannan, CEO of Vlingo, recently compared the act of competing with Nuance to
“having a venereal disease that’s in remission.” He tells Bloomberg BusinessWeek, “We crush them whenever we go head-to-head with them. But just when you’re thinking life is great – boom, there’s a sore on your lip.” Gross.

Nuance is a massive company with a $6 billion market cap and is a formidable competitor. In fact, Apple appears to be licensing Nuance’s technology in OS X Lion. And we heard that Nuance was in negotiations with Apple for a partnership to license and use the company’s voice recognition technology, though Nuance was missing from the lineup of products revealed this week’s WWDC conference. And we’ve learned that Apple may already be using Nuance technology in their new massive data center in North Carolina.