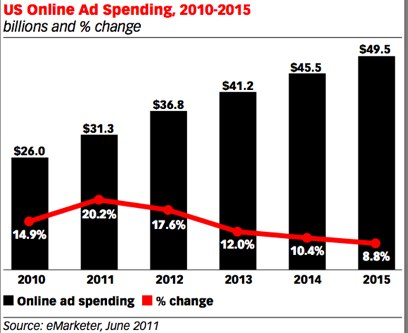 What is driving this growth is display advertising. Brand-friendly ad formats such as banner ads, sponsorships, and video ads are all growing even faster than search. This year, video ad spending is estimated to grow 52 percent, sponsorships are growing 26 percent, and banner ad dollars will increase an estimated 22 percent, while search will grow 20 percent. When you add it all together, eMarketer predicts that display ad spending will surpass search by 2015. 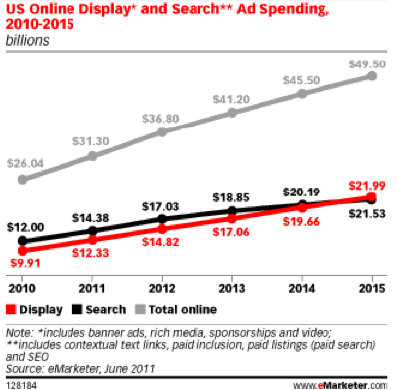 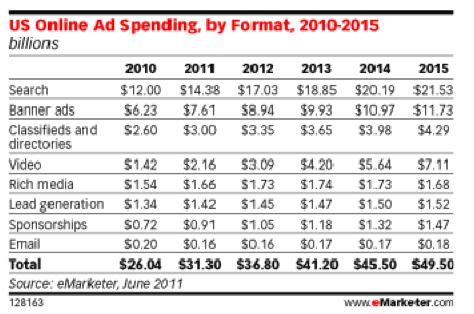 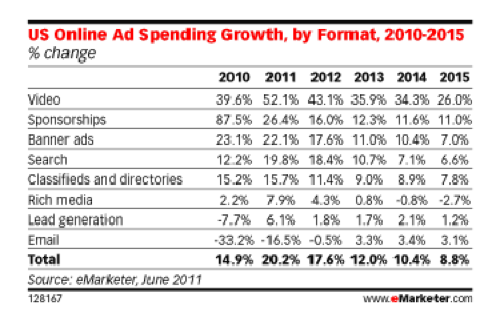