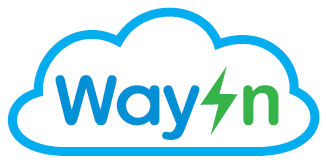 Scott McNealy, who famously co-founded Sun Microsystems, has raised close to $6.4 million in financing for one of his new ventures, stealth startup WayIn, an SEC filing reveals.

Visitors to the WayIn website are informed that they are keeping quiet for now, but are advised to follow McNealy on Twitter for updates. Judging by its logo, it’ll most probably have something to do with the cloud.

I know, I’m awesome at analyzing logos of stealth startups.

The SEC filing reveals some other interesting names involved in WayIn. For example, the filing was signed by Damien Eastwood, former VP of Legal at Sun Microsystems.

McNealy co-founded Sun Microsystems in 1982 along with Vinod Khosla, Bill Joy, and Andy Bechtolsheim. He led the company for roughly 22 years after stepping down as CEO back in April 2006. He remained as chairman of the board after that but resigned in January 2010.