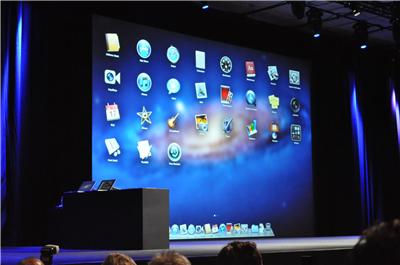 While Craig Federighi and Phil Schiller said that OS X Lio had over 250 features, he outlined ten of the most important ones for developers at #WWDC. While people with the developer preview have had a lot of these features in the test build for awhile, users will be able to get it on their own machines in July for just $29 through the Mac App Store and only through the Mac App Store.

Ferericchi ran down the top ten features, including full screen apps, multi touch gestures and Airdrop. Here’s a short description of each, below. 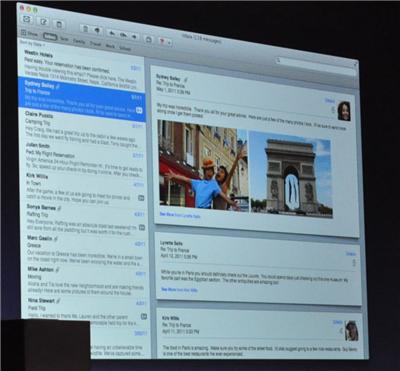 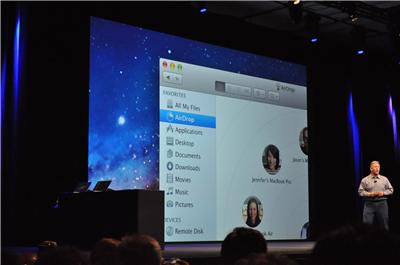 Number 9: AirDrop — A Dropbox-type feature that allows you to get documents between computers. 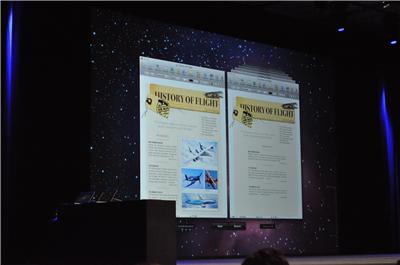 Number 8: Versions — Automatically save different versions of your document as you’re working. 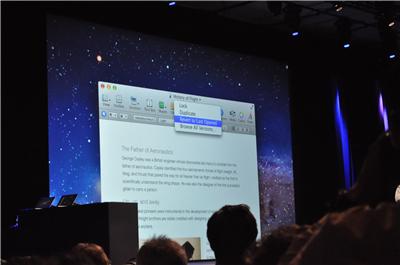 Number 7: Autosave — Lion automatically saves your work in the background without you having to do much.

Number 6: Resume — Before you had to quit apps. Now when you launch an app in Lion – it brings you right back to where you were when you quit. 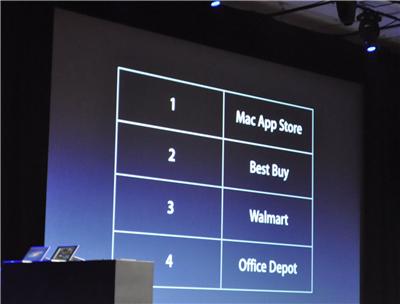 Number 4: Mac App Store — Mac store is now built in, as well as in-app purchases. The new built in version will also include push notifications for app updates.

Number 3: Mission Control — Like an expanded expose. All of your open app instances are grouped by app 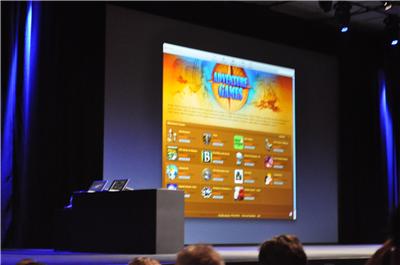 Number 2: Full Screen Apps — Much like iOS5, apps will be full screen in OS Lion.