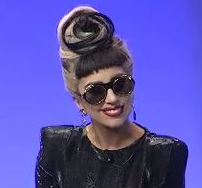 What do Lady Gaga and Google Executive Chairman Eric Schmidt have in common?

Well according to a very interesting piece in the New York Times by former TechCruncher Evelyn Rusli, they’ve both invested in Backplane, a new startup founded by Lady Gaga’s business manager Troy Carter.

Schmidt’s Tomorrow Ventures and Gaga have partnered up to finance Cartier’s still in stealth startup, with Gaga being a 20% shareholder. Tomorrow Ventures is leading the angel round, which is currently at over $1 million. It is not clear yet as to whether the round has closed.

The startup, which we hear is in talks with entities like the NFL and other musicians, will blend technology and entertainment and plans to provide a venue for online communities by combining brands’ various social media presences into one platform.

Gaga is an advisor as well as an investor, and apparently has incorporated elements from her music videos and tours to add “authenticity” to the site’s design. Omg I can’t wait to see it.

Fresh off completing partnerships with Zynga, Google, Gilt and Amazon, it seems natural that Gaga go the Ashton Kutcher route and start investing in startups herself.

Her manager Carter, who spoke at the first New York TechCrunch Disrupt, is also an investor and has funded companies at the cusp of entertainment and technology like Bre.ad, Lumier and TinyChat in addition to Backplane.

Backplane will launch this month and I’m in the middle of tracking down founder Matt Michelsen, so you’ll be hearing more about it here. Promise.

In the meantime here’s Lady Gaga’s “Google Chrome” commercial. I have no idea how I missed this.