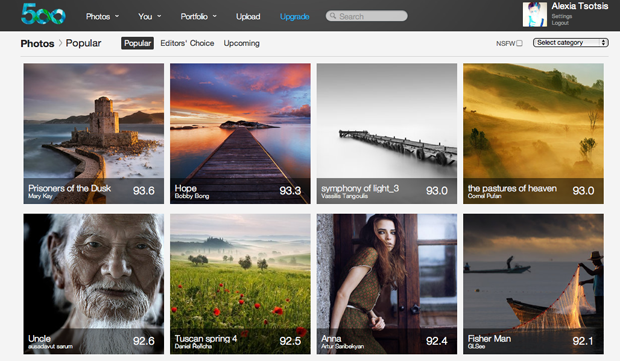 As the complaints about Flickr continue to pile on, scrappy Toronto-based service 500px continues to grow, going from 1000 users in 2009 to over 85K (around 45K of which have joined in the last three months). And after two years of bootstrapping, the startup is today announcing its $525K Series A round with investment from High Line Venture Capital, Deep Creek Capital and ff Venture Capital.

Says co-founder Oleg Gutsol, “The idea of making 500px arose from Evgeny [Tchebotarev] and I having difficulties with the current available platforms — there wasn’t a good service that would allow us to display our photos is a visually pleasing way and be easy to use. I think we tried every somewhat popular service online and still were not quite satisfied. So we decided to build one ourselves.”

Founders Gutsol and Ian Sobolev migrated their Livejournal-based photo sharing community to the current site on Halloween 2009 with little fanfare. Recently garnering some positive press as well as drawing in Flickr power users like Thomas Hawk, Troy Holden and Ivan Makarov and this whole thread of  Flickr migrations, the site grew 60% in the last 30 days, bringing in an impressive 2.5 million visits last month.

Despite its unexpected scales, 500px is committed to its main goal to help photographers reach larger audiences, with Digg-like Popular and Upcoming pages as well as an editorial staff that curates the Editor’s Choice and Fresh collections.  “We encourage young talent,” says Gutsol Tchebotarev, “It is not uncommon to see someone new joining our site and have their photo appear in our popular feed in a matter of hours.”

Gutsol plans on using the money to hire more engineers, like everyone else in tech right now, hoping to build a “global platform” for digital photography. The company currently makes revenue by offering a $50 pro-account that gives users custom layouts and giving photographers the ability to sell their prints. 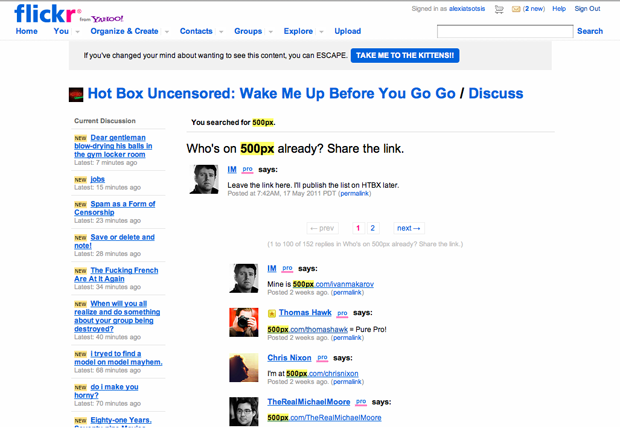