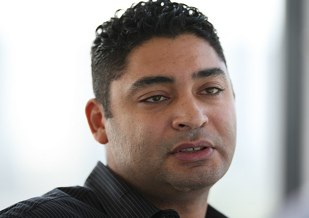 Yesterday, PayPal filed a lawsuit against Google and two of its executives for stealing trade secrets. The lawsuit came on the same day that Google announced its mobile wallet plans involving Android phones with NFC chips. The two executives, Osama Bedier and Stephanie Tilenius, previously worked at PayPal. In fact, Bedier was in charge of negotiating a deal with Google on behalf of PayPal for inclusion of PayPal as a payment mechanism in Android phones. The deal fell through and Google hired away Bedier instead, who then helped build Google’s own mobile wallet product.

At least that is PayPal’s side of the story. Last night, I asked Google for a comment. It took them a while, but a spokesperson just emailed me the following statement:

“Silicon Valley was built on the ability of individuals to use their knowledge and expertise to seek better employment opportunities, an idea recognized by both California law and public policy. We respect trade secrets, and will defend ourselves against these claims.”

Let’s parse this statement a bit. Google is saying that talented employees should be able to take their knowledge with them as they “seek better employment opportunities.” In other words, people can work wherever they want, and Google is a much better place to work than PayPal, so if Bedier wanted to switch jobs, who can blame him?

Sure, they can take their knowledge, but they can’t take trade secrets. Google says they “respect trade secrets,” so you can imagine they will be arguing that what Bedier brought along in his brain was just general industry knowledge and not any trade secrets specific to PayPal.

High-profile employment disputes are nothing new in Silicon Valley. When Apple poached IBM’s Mark Papermaster to head up its chip development, IBM sued. The two companies eventually settled out of court. In many ways, this is a PR move on PayPal’s part more than anything else. It is not like they are going to get an injunction to stop Google from going into mobile payments. But it’s a bad PR move because it shows exactly how scared they are that Google is going to succeed.

For some more background on what’s at stake, watch the video below from earlier this week at Disrupt when Stephanie Tilenius was on a panel at Disrupt that I moderated about the future of online-to-offline commerce.