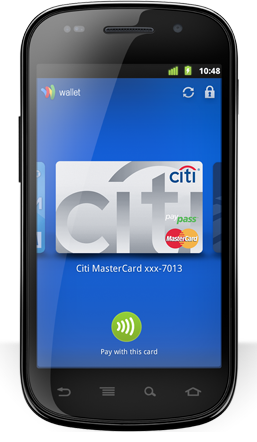 Today, during their Google Wallet/Offers unveiling at the NYC headquarters, Google touted the openness of their new system. Naturally, someone asked a question about what this meant for other, non-Android phone?

“In terms of iPhone, RIM, Microsoft — we will partner with everyone,” Google VP of Commerce Stephanie Tilenius said. Of course, that depends on two things: 1) the inclusion of NFC chips in their phones. 2) the willingness to work with Google on this system.

The former seems to be a sure thing at this point. The latter? Yeah…

It has been widely rumored for months that Apple was working on their own NFC solution for a future version of the iPhone (perhaps the next iteration, perhaps not). It is coming, and Apple is going to want to use their own payment solution. The same is likely true for Microsoft and RIM. NFC is a huge opportunity — massive, really — it doesn’t make a lot of sense to partner with a rival on it.

Probably knowing this, Tilenius was sure to follow up with the big stats. In the past six months, Android is the leading mobile operating system, she noted. They have 50 percent of the market now. She reiterated that Google is making a huge bet on NFC and they’re willing to work with any partner on this.

We’ll see what those potential partners have to say…

Update: But there may be another way. While Google only mentioned it in passing, apparently, there will be a sticker that can be applied to any device (on the back or where ever a customer wanted to put it) that can hold the information for one card. This sticker, when tapped on an NFC device, then works with Google’s cloud and an app on your phone to handle payments.

In other words, if the other players were willing to accept a Google Wallet app on their devices, a somewhat limited (again, one card) version of this system could work pretty easily without hardware modification. Next question: would Apple approve such an app?