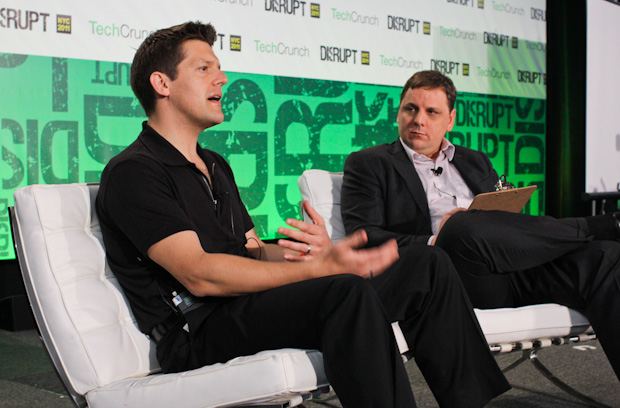 Today at TechCrunch Disrupt, Sequoia Capital partner Roelof Botha took the stage for an interview with Michael Arrington, where they discussed everything from startup valuations to Sequoia’s biggest misses.

Early on in the conversation, Arrington asked Botha if Sequoia partners have a lot of internal pressure to perform, or if the firm is patient with investments. Botha says that the firm is indeed patient, but that there’s an internal motto: “you’re only as good as your next investment”, and that partners are always staying hungry.

Next, the conversation turned toward the broad array of companies that Botha is involved in — he’s on the board of Square, Tumblr, Evernote, Meebo, Eventbrite, Unity and other consumer-facing companies. But he’s also involved in bioinformatics companies like Gene Security Network (GSN) and AssureRx.

GSN helps patients who are going through in-vitro fertilization select the healthiest possible embryo they can — one cell is removed from the embryo and then compared to the genes of the parents to look for chromosomal defects and disease (if this sounds familiar, they do something vaguely similar in GATTACA).

AssureRX involves the drugs that are used to treat psychiatric illness. There are around two dozen drugs commonly used to treat mental illness, and two patients with identical conditions can react very differently to drugs depending on their genetic profile. AssureRX looks to help doctors figure out which drugs will work best for which patients.

Obviously both companies are pretty different from, say, Tumblr, but Botha says he’ll continue to make investments in both bioinformatics and consumer-facing companies.

Asked about the startup valuations and whether or not there’s a bubble, Botha said that he is indeed worried about valuations, as they have definitely crept up. But Sequoia isn’t going to stop making investments — in 1999, when the industry was completely ridiculous, Sequoia made investments in Google and Paypal, which have obviously worked out for them.

Regarding Sequoia’s R.I.P. Good Times slide-deck that leaked just as the recession started in 2008, Botha says that he doesn’t think Sequoia was being overly alarmist. Many of Sequoia’s portfolio companies trimmed some fat, and a lot of companies that could have gone by the wayside because of bad timing managed to tough it out. Sometimes companies raise money they don’t need early because they don’t know what the market will look like down the line — this was sort of the inverse.

The conversation then turned Sequoia’s investment strategy. Botha called out a few opportunities that they missed, including Twitter and Zynga. Asked if it’s a bigger problem to miss a winner versus investing in too many losers, he said that it’s by far the former. Because of the way the model works, returns are very asymmetric — a failed company will lose 1x, but a home run could get 50x or 100x upside. He quoted fellow Sequoia parter Doug Leone: “When it doubt, lean forward”.

And finally, a question that many entrepreneurs ask themselves: how does one go about contacting a Sequoia partner? Botha says that the partners actually read the emails that people send, and that while there is a lot of noise, they do read them. He says that Sequoia funded a company that’s now earning $200M in revenue and is planning an IPO — and that the initial pitch was from a random email to a partner.