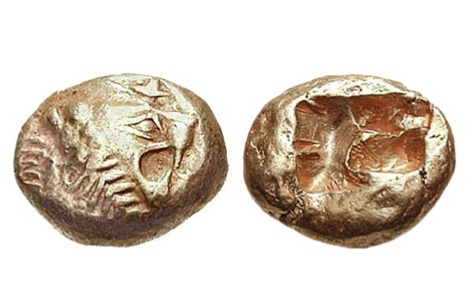 Editor’s note: Stan Stalnaker is the founding director of Hub Culture, a social network that revolves around a virtual currency called Ven. In this guest post, he extrapolates where virtual currencies like Ven and Bitcoins may take us.

Virtual currencies are in the news again with all the discussion around Bitcoins, which is limited in supply and can be exchanged anonymously. Our own long experience with another digital currency, Ven, has made us think about the logical conclusion of these activities, and what it means for money at large.  And what it means is the end of money as we know it.

Digital currencies are really just online account books that measure and record transactions of financial value between nodes on the Internet.  The first ones—Beenz, Flooz and others, arrived with the first wave of the Internet in the 1990s and failed.  By the middle of the last decade, the virtual currency economy boomed on the strength of gaming systems:  the Linden Dollar in Second Life, World of Warcraft Gold, Entropia and Tencent’s QQ in China encountered success with volatility.  Now Internet currencies are moving out of virtual gaming systems and into the global economy, with Flattr (an electronic tipping currency), Bitcoin, Ripple, Ven and local exchange trading systems (LETS) leading the way. The central differentiation between these digital currencies is whether they operate in a closed loop (Ven, Flattr, Amex Rewards) or open nodal architecture (Bitcoin, Ripple). This distinction determines to a large extent their ability to be managed.

In 2009, Satoshi Nakamoto wrote a paper that outlined a platform for P2P currency—a bit torrent for cash—that would be anonymous, distributed and generated at the ends of the network instead of a central network point, as all currencies have been managed for over 600 years.  The concept of a truly P2P currency needed innovative architecture, but the open source nature of what became the Bitcoin has allowed it to take root and develop quickly over the last 18 months.  As Bitcoins become more prevalent they are growing in value and represent a fundamental departure from normal currency, because Man does not control this currency, the Algorithm does.  Even if Bitcoin and Ripple do not become a huge force (which they will), it sets the course for more such distributed currencies, and sets the stage for a currency free for all: open markets, open currency, open chaos, and a cambrian explosion of value sets.  The ultimate impact may come from Facebook, Google and other large social network currencies, which could have larger implied users than the Euro right from the moment of exchange trading.

On 4 July, 2007, the social collaboration network I founded, Hub Culture, released the first application for Ven, a new type of digital currency.  It was a watershed moment for us, and a confusing one, because the Ven had no value or exchange rate—it simply existed and could be issued and traded at will to friends.  Ven was a new type of money—as basic as picking up pebbles and assigning arbitrary values for favors or to say thanks.   Everyone laughed, and we soon learned that for a currency to have relevance, it must be measured against other things.  Currency needs an assigned value to be understood, a language to speak.

So in 2008 we assigned Ven a value language—10 VEN = 1 USD—and began to sell it for redemption between members and in Pavilions (retail places developed to accept the currency).  The fundamental advance in Ven was that it was global, digital, and could be exchanged to anyone, at little incremental cost. Later we made Ven more stable by pricing it from a basket of currencies, which meant the price moved less than a single national fiat currency.  To make it more grounded, we added commodities linking it to hard assets.  Then we added carbon futures, creating a carbon component to the value. The language was now efficient, stable and green, and today demand for Ven is growing rapidly.

By and large, digital currencies are changing what money can be, and widening the vistas for how our global society determines and trades value.  The size of these economies is small but growing fast—with over 6.2 million Bitcoins in an economy worth almost $50 million USD. In Hub Culture, we have 5 million Ven circulating with a GDP equal to over $500,000 USD growing at 10x annually.  Ven plays inside the more closed rules of the current system, but even Bitcoin, with its ‘radical’ open nature, is subject to the value quandary: to be traded, it must be assigned a value.  And if it can be assigned a value, it can be interchanged with anything else of assigned value.  The Internet is enabling exchange of all types of value, and helps us to measure and publish these values.  Taken to its theoretical and logical conclusion, the Internet and all content on the Internet—whether actual or representative (such as the price of a physical good or service)—will eventually be assigned a value. Once these values are assigned, essentially everything will become money, and currency itself will cease to exist.

This is already happening in early ways with the Facebook Like and Google’s +1 buttons—micro-micro values based on attention and favorability that will someday convert in value to other measures.  How many Likes is a Facebook Credit worth? How many Credits make a Ven? How many Ven make a lasagna at the Olive Garden? How much do you have to Like the Olive Garden to get a lasagna? We’ll know soon.

This system of embedded values attached to all things represented on the Internet will turn the Internet itself into a pervasive exchange.  The idea of national currencies will become not just obsolete, but redundant, with no more currency meaning than the value of a “Like” or a banana or a reputation, which will all effectively speak to national currencies in a kind of common “mathematical language.”  Eventually, all of these things will be equally and instantly interchangeable.  It is tough to say how quickly or how slowly this will happen, but it is the single, inevitable consequence of the second phase of the Internet.  The first phase being the P2Pization of communications, already well underway.

This change will also happen faster than any of us can expect, because it is about simple numerical value, versus complex comms.  As most of us are now basically connected, the ability for rapid and mass adoption of new ideas and systems is possible at a multiplying rate, especially if it offers a radical shift in value creation as fundamental as this.  We are teaching the Internet to speak math—via causal links.

We need to urgently think about how the blurring of lines between currencies and everything else will affect us, our relationships, and our physical economies.  How we create and measure value is going through a change that has not been seen in over 600 years—since the emergence of the first systematic nationalized currencies. It is profoundly affecting the central vs. distributed control of value, and the archetypes that surround how we measure value.  It is a snowball today, but tomorrow it is an avalanche.  Just watch.

I don’t believe that the world will end up with a single global currency or a single reserve currency, but in the very near term a network of reserve currencies will allow humans to pick and choose new options for trade. In fact, they are already here, and those mentioned are just the first.  In the long term, these currencies, along with everything else of value, will be measured and represented on a unified system—most probably the Internet itself.  The result of this will be the end of currency and the emergence of Singular Value.

The rise of Singular Value implies more efficient capital markets and the potential for ongoing GDP expansion. It implies a hybrid of fixed asset values and the more efficient monetization of knowledge, which is continually expanding.  This combination could lead to an expanding supply of value relative to hard assets, which are almost certainly subject to peak resource pressure in the coming period anyway.  The tension between these two assets and their relative value will set the agenda for much going forward.

What will be the consequences of losing control of our money supply to the Internet, and is there anything that can be done to avoid this outcome? The answer, as far as I can see, is a systemic rigidity of crushing proportion. Governments will not choose the value of their money, or be able to ease or tighten supply at will. One thing is clear: those who start learning to speak this new common language now will end up ahead of those who don’t.  As for the concept of nations, built on tax and central monetary authority? Could the Internet itself someday control “our nation”? Will it be benignly totalitarian? It is food for thought.