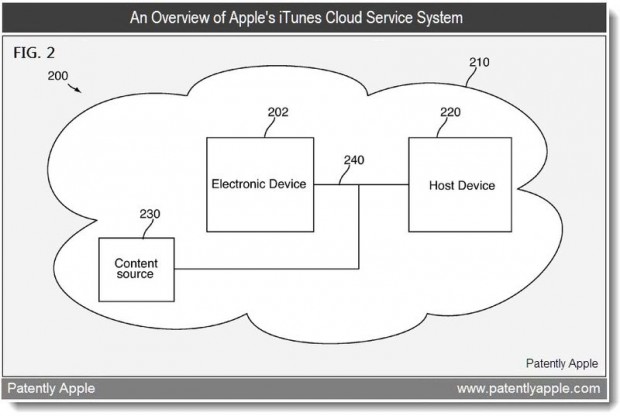 Streaming media is the future. You know this if you’ve used Netflix, Rdio, Grooveshark or any of the other popular music services. Apple is said to be getting into the game as well and a recently-released patent application from 2009 shows iTunes streaming will in fact offer something different from the rest of the players.

As much as I love Rdio, and I do love Rdio, I can’t always guarantee that the mobile app will start playing music when I press play. There’s always this waiting game as my Droid X fights for enough Verizon bandwidth to start streaming. Once the little blue bar partially fills up, signifying that there’s enough of a buffer for seamless playback, the song starts. This is where Apple will offer something better and different.

This patent describes a cloud music service that stores part of the media locally. This way there’s no waiting and when you press play and the device will start with just a sliver of the media, being a song, book, or movie, from a local source while keying up the rest from the cloud. Apple describes the service as being “seamless and invisible to the user,” and if it works as described, it probably will be. The patent also describes a scheme where chunks throughout the media file are stored locally rather than just the beginning, which could be more of a built-in security feature than a buffer for the stream. 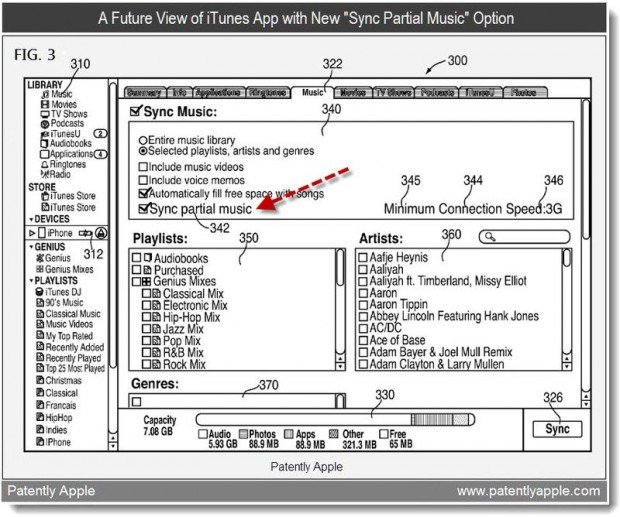 According to a chart in the filing, it seems this will be optional as there’s a check box to “Sync partial music” noting that the minimum connection speed is 3G. Of course this would free up considerable amount of space, but would likely only work for music currently in a person’s iTune collection and not available for on-demand streaming like Rdio or Spotify is known for — perhaps once an on-demand song plays once, a portion is cached permanently though.

Now this is just a patent, from 2009 no less, so the exact cloud music service Apple rolls out could be different, but we all know that it will likely be, as Apple says here, seamless and invisible to the user. (and locked down as tight as Jobs & Co. can manage)