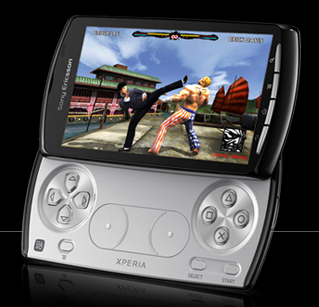 Like many of you, I have loved playing games on my phone ever since I got my first Nokia handset that came pre-loaded with Snake. Since then, mobile gaming has reached an entirely new level, and then when the smartphone appeared, a few more levels after that one. Still, no matter which handset you choose, your device is a phone first, and a portable gaming device second, or third, or fourth.

Well, that dynamic is about to change, as Sony Ericsson and Verizon Wireless are set to release the Xperia Play smartphone on May 26. Starting on Thursday, May 19, you’ll be able to reserve your PlayStation phone with a pre-order on Verizon’s website. The Xperia Play will cost $199.99 on a new two-year contract including both talk and data.

The Android 2.3 Gingerbread-powered smartphone will come with seven free games on-deck: Bruce Lee Dragon Warrior, Asphalt 6: Adrenaline, Star Battalion, Crash Bandicoot, Tetris, Madden NFL 11, and The Sims 3. And don’t sweat it if you burn through those too quickly, as more than 50 other game titles will be available at launch through Verizon’s app store, V CAST Apps.