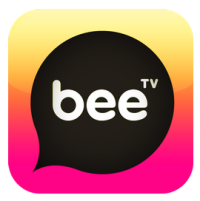 Fast forward to today, and the company has shifted its focus squarely on offering social tools for sharing the TV viewing experience with online friends.

The company’s co-founder and former CTO, Yaniv Solnik, is leading the pivot as the startup’s chief executive officer, backed with $1.5 million in additional funding from Italian investment firm Innogest, a previous investor in BeeTV.

BeeTV lets users share ‘TV moments’ with friends and others in real-time, via an iPad app (iTunes link) that hits the App Store today. The app, which leverages the company’s existing recommendation technology, comes free of charge.

The idea is to start with the iPad and the website and then expand to social networking sites and mobile apps for iOS, Android and other smartphone and tablet platforms.

BeeTV lets people interact with each other while watching the same TV show or movie, and get more information straight from the same app (think news, gossip, fan pages and so on). The app also lets users rate and get personalized recommendations for TV shows.

Also cool: there’s a VIP section that shows tweets and messages from celebrities who act in, wrote, produced or are somehow related to the show or movie you’re currently watching.

Some screenshots of the iPad application: 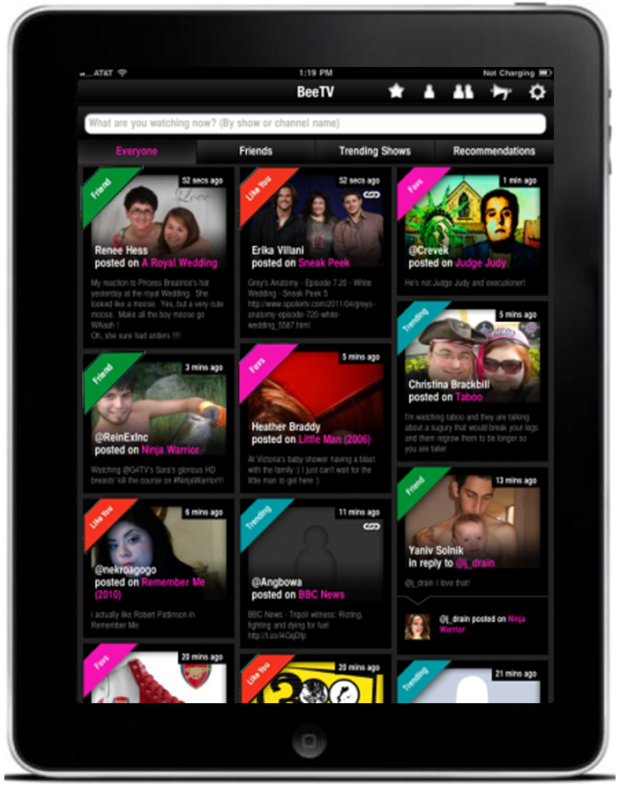 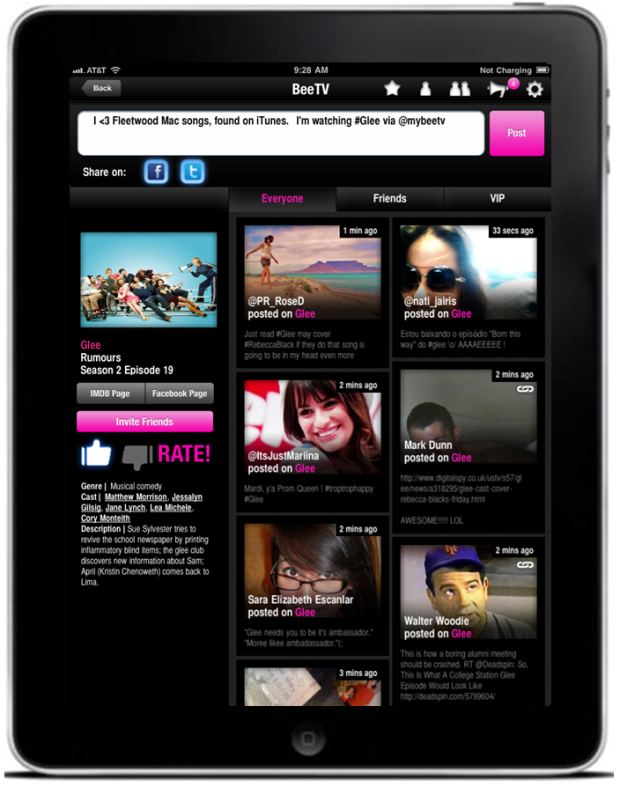