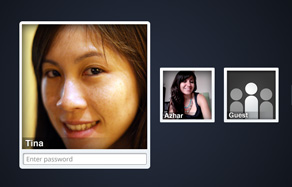 Last week, just prior to day one of Google I/O, we noted that some updates in the Chrome OS code and forums indicated that a formal unveiling was likely very close. Sure enough, on day two of I/O, Google unveiled the first Chromebooks, the first shipping products running Chrome OS. But Google also noted that the first orders wouldn’t start until June 15, about a month away. One reason: Chrome OS still needed a tiny bit more work. And an update today brings it very close.

Google has just updated the Chrome OS beta channel to R12, aka Chrome 12. The version, which has been in the dev channel for a couple of weeks, will now be further tested in beta for a couple of weeks before it becomes the first version of Chrome OS to go stable. Expect this to happen slightly before the June 15 date.

So what does Chrome OS R12 contain? Well, it’s essentially Chrome 12, the browser (which is also in beta), with a number of Chrome OS-specific features. Those include:

I just updated my Cr-48 to the new build and it’s feeling pretty polished (though there are still some bugs — such as with Angry Birds). Notably, it makes the trackpad feel more stable than ever. So if you have a Cr-48 and want a glimpse of what the first Chromebooks will feel like, check it out.