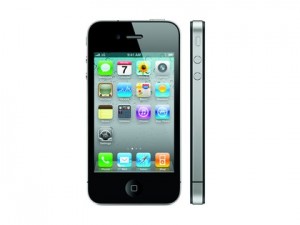 You’re out at a restaurant, and your phone rings. You don’t want to be that chump blabbing to himself into a headset — but if you take the call outside, your risotto is going to get cold. You’re knee deep in the middle of a first world problem, friend — what’s your move?

Apple, it seems, feels your pain. The tech giant recently filed a patent application for a text-to-speech/speech-to-text converter. This system should be a step above most current text-to-speech converters that employ an web-based service from companies like Nuance, as Apple’s patent describes a hardware-based conversion that occurs on the logic board of the phone.

This text-to-speech (and vice versa) system will also differ greatly from Android’s text-to-speech service, which focuses mainly on search and navigation. Apple’s system, on the other hand, will be used for transmitting a synthesized voice through the phone. If and when this technology comes to fruition, the iPhone’s microphone would detect the ambient noise level and determine whether or not text-to-speech functionality would be needed. After a prompt appears asking to use text-to-speech, the callee can type messages that are relayed to the caller after being translated from text to speech.

Most of the time, it’s actually more difficult to be heard in a noisy environment than it is to hear the other end of the call. But in some cases, like at a concert or in a bar, hearing and being heard both become completely impossible. According to Apple’s patent application, the company already has this base covered. When in a situation like those mentioned above, the user can actually have their caller’s words translated to text, and then respond by text. That text is then converted back to speech heard by the caller. The only question now is when — and if — we’ll get to enjoy it.