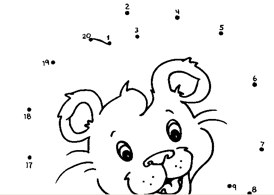 It’s no secret that eBay has been heavily investing in a local commerce strategy. The central core of this is trying to capitalize on the $917 million online-to-offline buying market, which Forrester estimates will eventually reach $1.3 trillion (although this number seems low) and account for nearly 50% of total retail sales by 2013. Virtually every acquisition in the past year (besides the company’s $2.4 billion purchase of GSI Commerce) has been of a company that is dabbling in local payments or linking to merchants (Milo, RedLaser, Where, FigCard). If you look closely, a clear strategy is emerging that positions eBay at the center of mobile shopping, local commerce, and payments (through PayPal). Let’s connect the dots.

eBay’s first foray into the local commerce arena was though the acquisition of barcode scanning mobile app RedLaser last June. RedLaser’s barcode scanning technology allows users to comparison shop on the go. Anyone can scan a barcode on an item at a store and then automatically access any eBay listings of the product on the marketplace. Sellers can also use the scanning technology to scan an item and list the product in very little time. RedLaser’s technology was quickly integrated into eBay’s dedicated iPhone and Android apps.

The company then bought Milo for $75 million, which aggregates and lists real-time in-store product inventory for over 50,000 stores across the country; featuring over 3 million products from Target, Macy’s, Best Buy, Crate & Barrel and more.

Most recently eBay integrated Milo into a few of its core products, including RedLaser. So with a single scan of a product in a store, users can see which nearby retailers have a product in store, and at what price. eBay also integrated Milo’s results into its own marketplace, allowing users to include local shopping tab in search results to check a product’s local, or in-store, availability directly from the eBay search results page.

But surfacing local product results and integrating barcode scanning only scratches the surface of local and mobile commerce and its potential. There’s no doubt that eBay is reaping the benefits of mobile commerce (the company expects to do $4 billion in mobile gross merchandise volume in 2011).

And eBay realizes that in order to really capitalize on local and mobile in the ecommerce experience, the company also has to be a part of the point of sale for local merchants. And eBay has a player in this race—payments giant PayPal. PayPal has been making its own small forays into local commerce and late last year launched a new version of its popular iPhone app that allows users to find businesses near their immediate location that accept PayPal as a form of payment. The feature rolled out in San Francisco initially, but we haven’t heard much about the initiative since last November.

Why? Well, scaling this feature broadly to other cities is a challenge for even a large company like PayPal. Not only do they have to find the local businesses, but PayPal has to teach them how to use their mobile apps as a payment mechanism. Wouldn’t it be much easier to acquire a company that could help PayPal and eBay do this?

Enter Where, a geo-location service and mobile advertising company that already has millions of active users across many mobile platforms. The apps show local listings for restaurants, bars, merchants, and events, and also suggests places and deals for you based on your location and past behavior. Where also offers a location-based ad network, which allows advertisers to show their mobile ads only to people near their store, or perhaps near a competitor’s store (after the user opts in to see these types of ads). Currently, more than 120,000 retailers, brands and small merchants use Where’s network daily to reach new audiences and deliver real-time foot traffic to their doorstep.

eBay of course acquired Where a few weeks ago, and housed the company within PayPal. Not only does this give PayPal much more of a reach with its payments service, but it gives eBay a platform to to enter into the the local deals market. As Where’s CEO Walt Doyle told us after the acquisition, “eBay is about connecting buyers and sellers and Where is about connecting people with places.” Ebay can now tap into connecting consumers with local businesses and can be a part of the transaction with PayPal.

PayPal also just bought mobile payments startup FigCard, a Boston-based startup that allows merchants to accept mobile payments in stores by using a simple USB device that plugs into the cash register or point-of-sale terminal. All the consumer needs is the Fig app on his or her smart phone. The connection with PayPal is that when consumers setup their payment information, they could add PayPal as a payments option and pay for goods via their mobile phone.

Eliminating the need for an actual wallet has always been a goal for PayPal, and if the company can scale FigCard’s technology (perhaps to many of those merchants using Where?); PayPal could have a stake in the mobile wallet race.

In the past year, it’s fair to say that eBay and PayPal have spent over $200 million on the acquisitions I mentioned above. That’s a fair chunk of change even for a company that is making billions each year.

There’s no doubt that eBay is invested heavily in this strategy and believes that the future of the company is based on both online to offline purchases, local and mobile commerce. eBay VP of engineering Dane Glasgow recently told us that one of the challenges for eBay in this strategy is being on the pulse of technology, which is constantly evolving.

But as retail evolves, eBay is shifting its business as well, and it will undoubtedly be interesting to see if the company can connect the dots with all these acquisitions and technologies to create a powerhouse in mobile and local commerce. The challenge is that some of these initiatives aren’t really that complimentary to eBay’s core marketplace and auction business.

Pivot is a word that tends to be over-used in the tech world, but in eBay’s case that is exactly what we are witnessing—a major pivot in the company’s business model to local commerce. It’s certainly not easy for any company to “pivot,” especially one as massive as eBay. If it manages to pull this off so late in the game, it could herald a whole new era of growth for the company.

As Glasgow tells us, “it’s a new retail environment, where the convergence of online and offline are coming to life through mobile and local experiences.” Can eBay position itself fast enough to flourish in that environment?