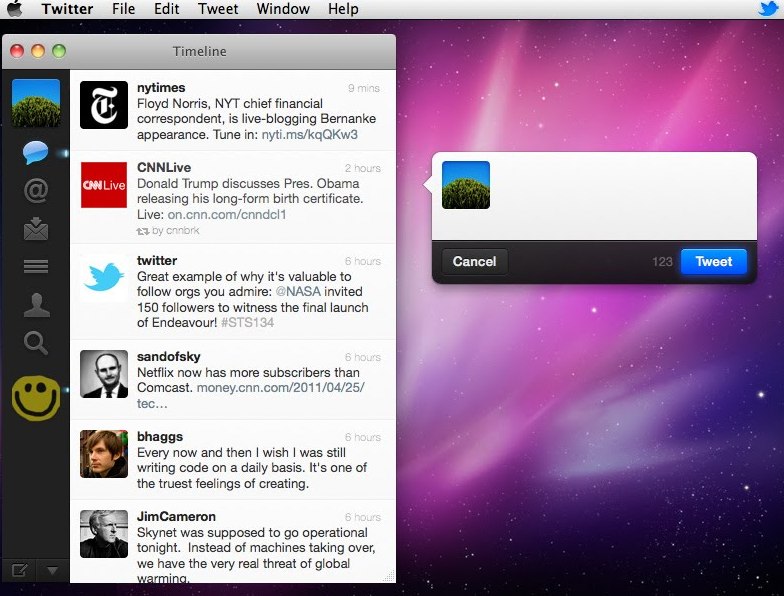 Twitter for Mac, which launched earlier this year with the rollout of Apple’s Mac App Store, is getting its first major update today.

Besides a design update, you can now see multiple timelines at once and open more than one window in the client. You can click back to previous pages from the client and there is now a separate “New Tweet” button in the bottom left corner of the app. This feature is good news as one of our major pain points with the earlier version of the app was that there was no Tweet box.

Twitter has also updated the design of Direct Messages and user profiles, making it easier to view both features. And the client now has username and hashtag auto-complete.

As we wrote in our initial review of the app back in January, the Mac client was essentially a stripped down version of Twitter’s iPad client. Perhaps with these new updates, the client will become more of a full-fledged client.