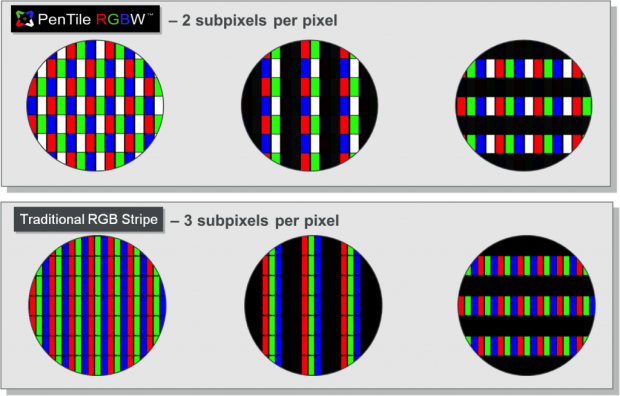 Samsung today revealed a new display which, at 2560×1600 and 10.1″, is far denser than any on the market right now — including the iPhone 4’s famous “Retina” display. But will the non-traditional Pentile method of rendering pixels result in something less than the mega-rez screen we’re hoping for?

After all, Samsung abandoned the Pentile display found in Galaxy S phones, a display I personally found problematic, noting the jagged edges and visible pixels in my review. But at an effective 300 pixels per inch, will those artifacts even be visible? Samsung seems confident, also touting the lower power requirements and higher brightness levels.

Whether the screen is better or not can really only be determined in person, though — and they’re going to be on display next week in LA. We’ll have more on the topic then, but for now let’s just cross our fingers. If it works, it could be the makings of that Retina iPad we heard rumors of — or else Samsung could just keep it for itself.

More information and a “comparison” tool (that really doesn’t do Pentile any favors) can be found here.