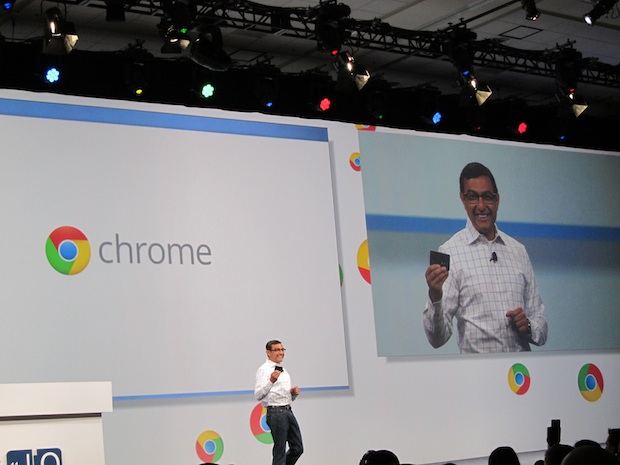 We’re here at Google’s I/O conference in San Francisco where we’re about to get a huge dose of Chrome. We suspect this will be the launch of Chrome OS. Tune in to our live notes below for all the details.

last year were at Chrome 4. Didn’t have Mac stable versions. 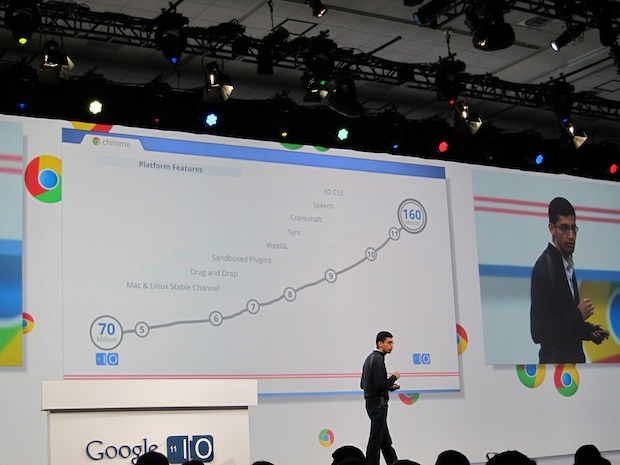 All modern browser vendors are making progress with HTML5. Developers can rely on these new APIs.

Ian Ellison-Taylor is on stage to run through new features in Chrome. First showing off speech. Entering text by speaking it aloud.

Making things fast has been fundamental criteria of Chrome. Progress on Javascript has been phenomenal. Has changed the kinds of apps you can build on the web. “I’m hoping I never show this chart again, we’ll keep working on it, but it’s no longer the bottleneck it used to be.” Now focused on other areas with more opportunities for improvement. Sprite animation, canvas. 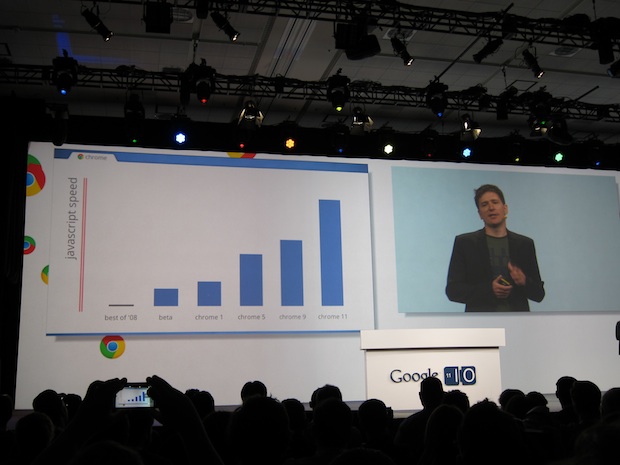 Showing the Microsoft fish demo. New version of Chrome is much better at this.

Pichai is back on stage. Three months ago launched the Chrome Web Store in the Chrome stable channel. In the first three months, over 17 million apps installed, 2x more time spent in app, 2.5x more transactions.

As of today, the Web Store is available in 41 languages to all users of Chrome. When you write applications, two aspects: first is reach. Also want to be able to monetize applications. You can charge for applications. One of the problems on the web is that it’s tough to charge users in context within the application without breaking the flow.

Vikas Gupta on stage to talk about in-app payments.

We’re switching to ScribbleLive from here on out, check out the live notes below which should update in real-time.