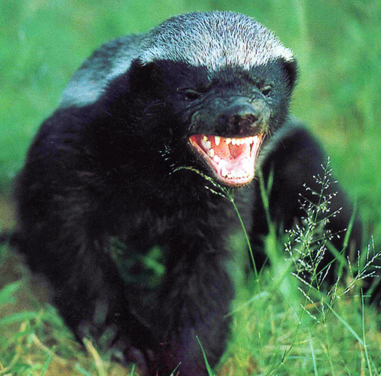 About a week and a half ago, I wrote a post defending Apple against the location FUD being spread. Due to some real, but minor issues (which have already been resolved) Apple was at the center of this. Then the focus immediately seemed to shift towards Google. If Apple is “watching you” with the iPhone, Google must be as well with Android devices, right? Sure — if you’re a paranoid looney who doesn’t really understand what the situation is.

Naturally, that group includes the United States government. In an effort for some lawmakers to attach their names to these highly publicized complaints and companies, they’ve called upon executives to testify before Congress. On Tuesday, those companies will head to a panel in Washington to answer questions. In other words, Congress will be getting a Location 101 briefing.

As I noted in the previous post, the press certainly isn’t helping with any of this FUD — and may actually be more than a bit to blame for it. After the Apple FUD started spreading, who else but The Wall Street Journal started digging into Google’s location approach as well. The shocking discovery? An email from a Google project manager to co-founder Larry Page stressing how important it is for Google to have their own location database for Android.

WHOA. Wait, you mean they’d like to maintain and control a technology that is vital for making location services work on their devices? Stop the damn presses.

Naturally, WSJ used the headline “Google Calls Location Data ‘Valuable’” which led to a thousand subsequent headlines in other publications who read it in the intended nefarious way. This just in: Google wants to know where you are at all times. And your kids. And your grandparents — that’s essentially how these stories are set up to read.

To flesh out their article a bit with a quote from an industry expert, WSJ brought in Ted Morgan, the CEO of Skyhook Wireless, who gave them a juicy (but not really juicy) quote about, again, how important owning a location system is to Google.

The choice of Skyhook’s CEO to bolster the argument is questionable at best. Skyhook is currently suing Google for interfering with existing wireless contracts and patent claims (both of which are noted in the article). In fact, that lawsuit is the reason these internal Google emails came to light in the first place.

Just a couple days ago, this very same lawsuit was the basis of a ReadWriteWeb article questioning Google’s “openness” due to the Skyhook suit. Regular readers of TechCrunch will know that no one gives Google more shit for the “open” stuff than I do. At best, I view it as pure marketing nonsense. At worst, I view it as a way to empower the greedy carriers. But the claims made in RWW’s article are a joke.

It is absolutely true that Skyhook got a “win” in court last week when a Massachusetts Superior Court judge dismissed Google’s request for a summary judgment. But that only means that the discovery phase of the lawsuit will continue instead of being thrown out. And the only reason Google filed a request to have it thrown out is because of another ruling from this past December when Skyhook filed for a a preliminary injunction. That request was denied by the court and the judge had some less than favorable things to stay about Skyhook’s case in the process — hence, Google filing to have the suit thrown out.

We’ve embedded that document, which is public, below for your viewing pleasure.

The RWW argument is framed around Morgan’s argument that Skyhook is upset because they were led to believe that Android would be an “open” platform. Now they’re being squeezed out as Google pushes their own similar technology. All of this, naturally, is now being framed in a nefarious manner from the location collecting and entrapment perspective.

What’s left out in all of this is what the court found in December. Namely that while Google does want their partners seeking to be certified as “Android-compatible” to use their location services, they’re open to those partners using Skyhook’s as well — provided they work as advertised.

Further, according to the documents, it was Skyhook, and not Google, who were saying that they can be the only service collecting location data from Android devices. Not surprisingly, Motorola rejected this and terminated the contract (which they had the right to do because of a clause that locked them into Skyhook services unless it interfered with existing contracts — like the one they had with Google).

There’s a lot more along these lines in there (seriously, read it if you’re interested in this topic). And after looking the facts presented at the time over, the court stated that, “As the record stands thus far, in the Court’s view, the platiff’s showing is not strong.” Skyhook is suing Google for tampering with these deals, but in these documents it seems pretty clear that Google was willing to work alongside Skyhook, but Skyhook was not willing to do the same. And it was the partners that ended the deals as a result.

Again, discovery is ongoing and we’ll see where this eventually leads. But it’s simply unfair right now to twist this as a case against Google being “open” and as FUD for location in general.

The arguments with regard to location suggest that Google, like Apple, are out to get you by tricking you into sending them this data. That’s simply not the case. These companies need these location databases or half of the services you know and love on your smartphones would be crippled — or would not work at all. And future services that will alter our lives for the better would stop springing up. I’m sure that will be the case these companies make before Congress next week.

A granny tracker app is not hidden, running in the background on either the iPhone or Android phones.