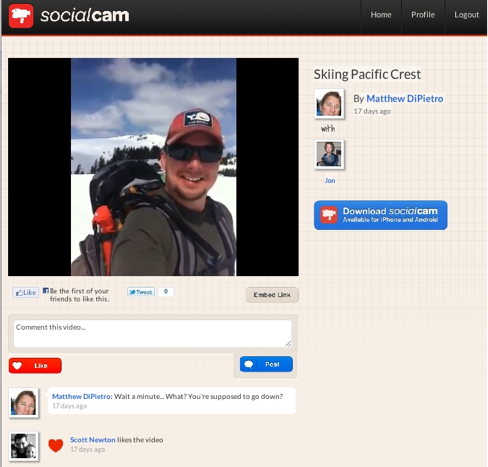 Socialcam, the video sharing app that was created by Justin.tv, is quickly fleshing out its feature set.  The app — which is a lot like an ‘Instagram for video’, minus the effects filters — launched just in time for SXSW and had 250,000 downloads in its first month (the total download number is significantly higher than that, though they aren’t releasing figures until they reach their next ‘big’ milestone).  A few weeks ago the company launched a 2.0 release that streamlined the video upload process, and today it’s adding another key feature: a web version of Socialcam.

Now, in a sense Socialcam has had a website since it launched — every time you shared a Socialcam video via email or Twitter, you sent out a link to a landing page with your video embedded. You could retweet or share that page on Facebook, but that was it. There weren’t profile pages, so you couldn’t browse through the other videos your friends had recorded, and you couldn’t see who was tagged in each video (one of Socialcam’s features is a quick way to tag your friends in clips).

With today’s launch, you’ll now be able to view user profiles, which showcase all of a user’s Socialcam videos, the friends who are tagged in each, and a list of which users they’re following on Socialcam. This functionality has been available on the service’s iPhone and Android apps, but this is the first time it will be available on the web to people who aren’t actually Socialcam users.

One question that came to mind when I first saw the new feature: Socialcam’s privacy features are basically non-existent (everything you share is public) — will making these videos so easy to browse upset users? But CEO Michael Seibel says that, on the contrary, they’ve gotten very few requests for more privacy settings. It sounds like they haven’t ruled out adding a ‘private video’ feature, but for the time being they’re sticking with the ‘everything is public’ model, which may be exactly what people are looking for. 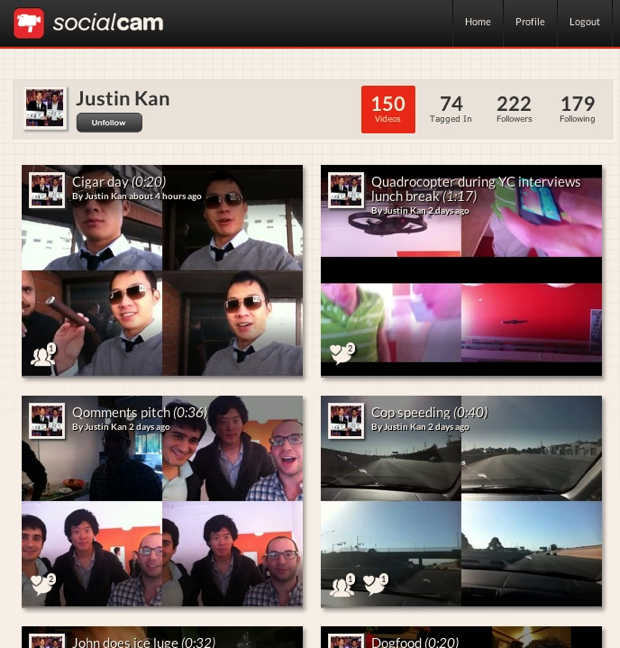