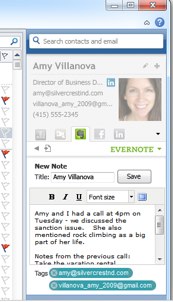 Xobni, the social email plugin that makes your inbox smarter, is going to make your Outlook email more productive today with the launch of a Gadget Store with apps from collaboration and productivity services such as Dropbox, Evernote, JIRA, Klout, Salesforce, WebEx, and Yammer.

The Gadget Store allows users to access free and paid apps for productivity apps and services from within Xobni for Outlook, enabling developers to integrate their services seamlessly into Outlook’s email workflow. Related to this, the company launched a feature last year that allowed users to integrate Gmail Gadgets within Outlook.

For example, you can add the Evernote gadget to Xobni to allow users to access their notes directly from the inbox. Or you could access data from your Salesforce CRM or Chatter account within your Xobni Outlook inbox.

While the Gadget Store is exclusive to the Xobni’s Outlook version, it will eventually extend to the Gmail plugin. 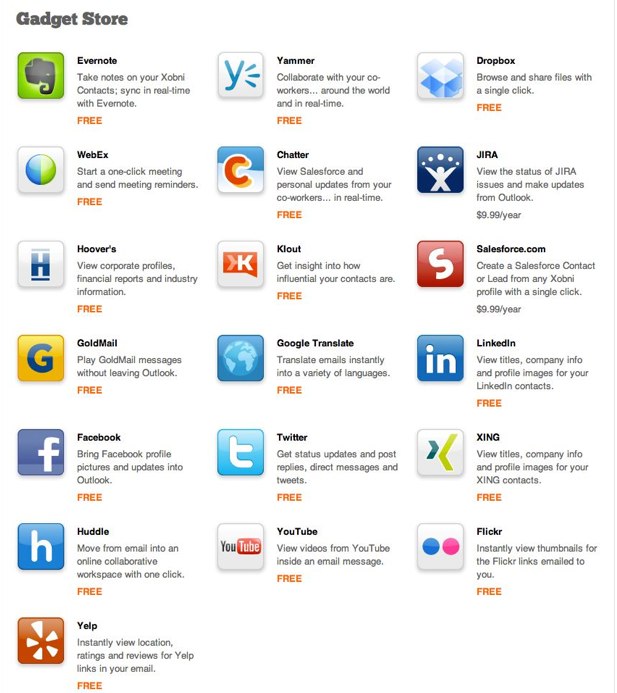