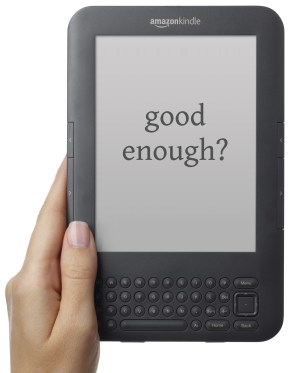 One of the main features of the latest version of the Kindle was its new “Pearl” E Ink screen. It offered better contrast, faster response, and so on. And since we’ve gotten so used to new stuff being given to us every year, I guess we all just kind of expected there would be another new E Ink screen this year, along with a new wave of e-readers using it. Unfortunately, that doesn’t appear to be the case.

Speaking to CNET, E Ink’s Sri Peruvemba said that the company is actually more on a two-year cycle, and 2011 wouldn’t bring any advances from them, in the monochrome sector at least. Presumably, they’ll be focusing on testing the next-gen screen and perhaps marketing and pushing the Triton color screens.

It leaves them open to attack, perhaps from something like Bridgestone’s extremely compelling “Aerobee” screens, which are flexible, color, and can be written on.

The implication for market leader Amazon is clear: a new Kindle this year must differentiate by different means than being thinner and the first with a new screen. We’ve suggested a touchscreen in the past, but it’s possible that it would be too much of a compromise on the sluggish (compared to LCDs and more advanced passive display tech) Pearl technology. 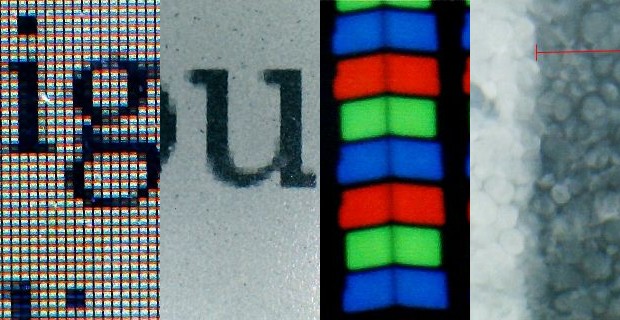 There’s also the possibility of an LCD Kindle, but considering how vehemently Amazon has railed against LCDs’ suitability for e-readers (the comparison above is from here), I don’t see them doing an about face. It would also open them up to “me too” chiding from Barnes & Noble, whose popular Nook Color tablet has a lead on that market. Not to mention there are already about fifteen million “LCD Kindles” out there in the form of existing tablets, nearly all of which are supported by Amazon.

If I had to guess, I would say Amazon will buy or license a technology that supercharges the Pearl display (allowing for quicker response time and animation) and then put out a “complementary” device with an 8″-9″ touchable screen. That would hold consumers over until the new generation of passive displays are ready for market, and allow them to develop and refine the inevitable touch interface.