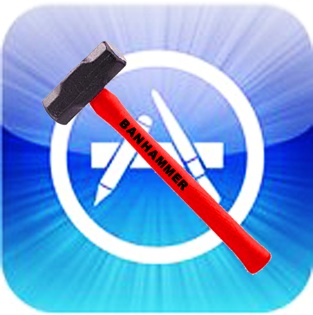 Editor’s note: Guest author Gurbaksh Chahal has founded three startups and is currently CEO and founder of RadiumOne, an online ad network that aims to combine social and intent data to serve ads.

The business model of incentivized app downloads was recently dealt a death sentence by Apple.  Apple said incentivized app downloads were driving inaccurate rankings in the App Store, almost certainly because essentially paying consumers to download apps was a way of gaming a ranking system that used downloads as a key metric.  To be fair, there were many quality apps taking advantage of the loophole in the ranking system, but that era has ended. And so have the days of companies making money hand over fist in the incentivized downloads business, better known in the industry as Cost Per Install or CPI.

So how exactly did it work? Say you’re playing a game that offers you virtual currency; the game might ask you to download an advertised application in exchange for virtual credits within that game. You install the app and get your in-game currency. The app gets a new install and pays for that.  This quickly generates bursts of installs, immediately boosting an app’s ranking in the app store.

My feeling about this change in the App Store ranking—“Hooray!” I’m glad that Apple put a stake in the heart of this “quick buck” scheme. It’s going to force everyone in the mobile space to get back to making money the old school way—with real and targeted advertising.

The companies in the CPI business (TapJoy, Flurry, mdotm, w3i) were slowing this transition and this focus. And they all knew that CPI was a house of cards revenue stream that was not sustainable and wouldn’t be ignored by Apple indefinitely. Furthermore, CPI is a business model with constrained inventory. You can only monetize to the number of apps in the network. That’s always going to be a finite number and a small number when most app developers aren’t big enough to even afford CPI.

So what replaces CPI?  In my opinion—and granted I’m biased because I’ve founded three companies that serve online display advertising—mobile display ad solutions are the way of the future. Display offers a much greater growth potential than CPI because of near limitless inventory.  The IAB recently estimated that last year alone, advertisers spent more than $550 million on mobile advertising.  That pace is outstripping the growth of online display and CPI is no match.

Mobile advertising is a rapidly iterating field. In many ways this CPI ruckus is reminiscent of the early days of online display. Remember the days before IAB standards, when click fraud was rampant and there was a virtual cornucopia of monetization schemes offered by now defunct companies that were “gaming” the system?

The next chapter in mobile advertising, for the companies able to keep up with the pace of change, will be better ad solutions for app developers, advertisers and consumers.  Just consider this: Over 25% of current mobile landing pages go to the App Store.  Display can drive App Store rankings.  Think about what the seer of Internet advertising, Kleiner Perkins’ Mary Meeker noted in her Top Mobile Internet Trends report:

So let’s say farewell and good riddance to mobile CPI and find better advertising models that actually give consumers something they want.