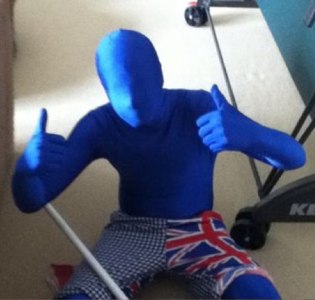 How many do-overs does a startup get before users give up on it for good? As far as I can remember, the answer is zero. I can’t think of an example where a startup launched into the wild, flailed badly, and recovered (without completely abandoning the first product). There are lots of examples of flailing and relaunching (see Cuil, see Joost), but I can’t think of anyone that managed to pull out a win.

By my count Color, the $41 million startup that promises to “transform the way people communicate with each other,” has already struck out.

The first strike was a launch that left users confused, sharing photos with themselves and trying to figure out a user interface that seemed purposely designed to frustrate. We gave them another chance.

Strike two: pulling the Android version of the app from the market.

And strike three: engaging in a big PR partnership with The Telegraph in the UK to get people all over the UK to post pictures during the royal wedding. Just 500 photos were posted, which isn’t much more than MG Siegler and friends managed to post during a bachelor party/iPhone fest in Mexico a few weeks ago. And The Telegraph promised that the best photos would be published. Here are those “best” photos.

This third strike was particularly egregious. The color team knows that people are confused about what the app is supposed to do. It’s not supposed to be just another photo sharing app. It’s about the future of social networks. I’m fully on board with the social network stuff, and have been waiting for it since 2008.

So why in the world would Color, with a hamstrung app and a confused marketplace, pull a major PR stunt that’s all about showing off Color as exactly what the company doesn’t want Color to be thought of (another photo sharing app)?

You got me. If anyone gets it, let me know.

I want Color to succeed. I don’t hold their funding against them in any way. I love that they’re trying to solve a really big problem. And I like that the team is successful but still hungry.

But Color shouldn’t have launched when they did. They knew the app was seriously flawed, and they should have known that they probably wouldn’t get another chance at a first impression. And with all the negativity, the last thing they should have done was push the app as is to tens of millions of people in the UK. Those masses have far less patience for the quirks of unfinished software than people like us do.

The team here at TechCrunch will give Color all the mulligans it wants to get things right. They can swing and miss all day and we’ll still be here in the stands, rooting them on. But eventually the crowds, tired of boo’ing, will go home. And the stadium lights will go out. And then, even if Color hits one out of the park, we’re not sure there’ll be anyone around to see it.

I say to Color, “SWING for the fences!” Just don’t keep swinging with your eyes squeezed shut.