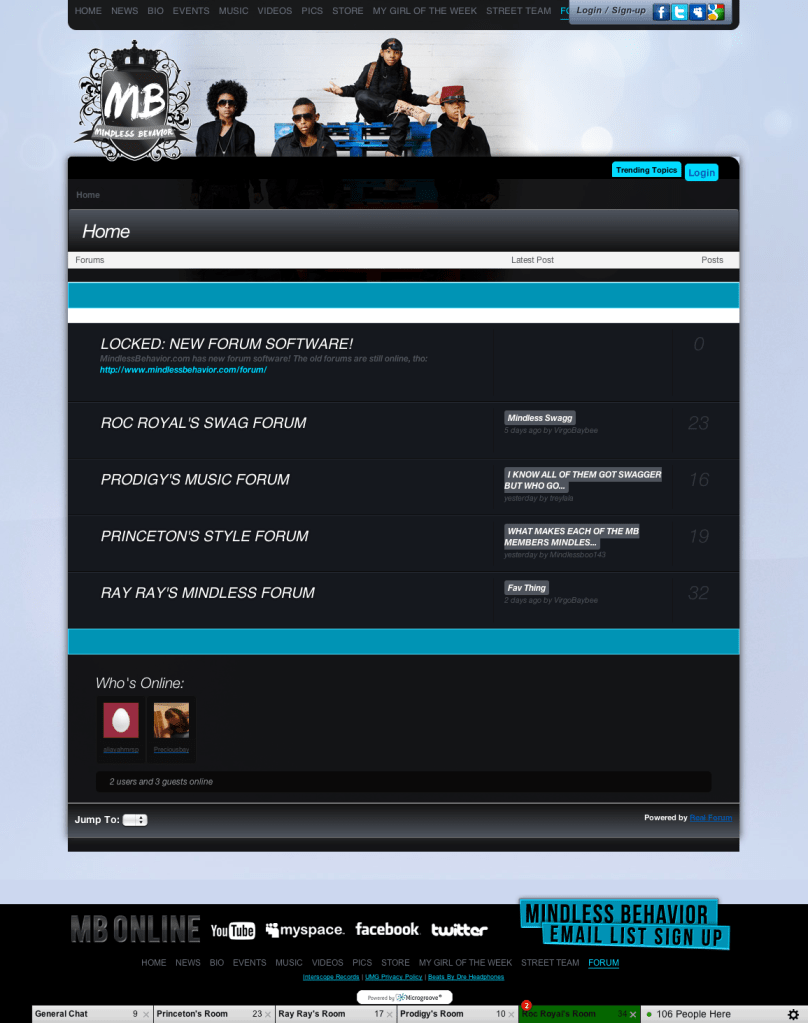 RealTidbits, a San Diego-based product development company, today announces the release of its RealTime Forum, an embeddable widget that allows you to add a dynamic stream and to build a realtime community on your company’s website.

RealTidbits is a spinoff of 3ones, a product development company for hire, and is a launch-partner of Echo, which recently launched its StreamServer, a realtime database and suite of services equivalent to that of Amazon Web Services. But in realtime, of course.

Those familiar with AWS (which you may have heard recently suffered from some downtime) might know that Amazon’s cloud platform allows developers to build and scale online services without the high costs typically associated with infrastructure management. In Echo’s case, the service does the computing required to capture and manage the activity of the realtime Web, which brands and publishers can then use as a service to build their own white-label applications and tie-in various social platforms, like Twitter. In essence, it’s RaaS, or realtime-as-a-service.

Echo allows companies to virtualize their data through its realtime database, and to build realtime tools and products on top of its cloud. The goal of Echo, then, is to encourage startups to rely on its StreamServer for all their realtime components — just as they might rely on AWS for cloud storage and processing.

Enter RealTidbits. RealTidbits President Kelly Abbott told me that, because Echo alleviates the startup’s infrastructure and scaling concerns — and, at the same time, enables its clients to leverage their existing partnerships with media companies, like Sports Illustrated, NBC, and Reuters — his team was able to simply focus on building a product.

In turn, Abbott said that he is a big believer in the realtime web, so the best place to prove the viability of Echo’s services and RealTidbits’ vision would be to attack an area with high activity that is also a well-known entity by most Web users. So, he decided to focus on forums, a medium that has been around since the dawn of the Web, as one of the original communication spaces for specialized communities that date back more than a decade.

Of course, all in all, forums have remained pretty much the same since they appeared on the Web landscape. As other communication media have sprouted to offered groups better ways to connect and share, some of the conversation moved elsewhere, and those that didn’t seemed content with the forum template. Yet, perhaps somewhat surprisingly, users still continue to flock to forums, and Abbott said that Vanilla Forums has over 400K forums, for example.

So, with the rise of realtime commenting platforms like Disqus and those created by Echo, among others, it seemed only natural that forums should become transportable, easy-to-use, and incorporate those interactive, realtime elements as well.

Thus, RealTidbits has built its RealTime Forum to enable brands and businesses to engage their communities in a realtime forum system that is both customizable, embeddable, and platform agnostic. It is enterprise-capable for sites with high traffic volume, but also works for smaller businesses. The service offers infinite hierarchy, and allows users to customize the look and feel of each category, as well as the ability to filter spam and naught language. Users can log in and share with their choice of social network, or use the administrator’s own proprietary log in.

It integrates a tidbit of game mechanics, in that you can track user behavior, reward desirable actions, and you can view analytics to see your top contributors or biggest pests, rewarding or penalizing them accordingly. And you can moderate your forum.

RealTidbits has already attracted Universal Music Group to its service, and Abbott tells me that they are soon to close a deal with another large business pulling in millions of page views a month.

The base-level product is free for 30-days (in other words monthly subscription candidates get a 30-day free trial) with the price grade increasing depending on your site’s level of traffic. If your site is pulling in up to 200K pageviews per month, the service costs $20 a month.

From my experience, RealTidbits’ product works smoothly, and the price shouldn’t be too much of a barrier for entry — at least for larger businesses. But its success of course depends on user adoption and its ability to scale. But you should test it out for yourself. To see it in action, click here, and scroll to the bottom of the page.