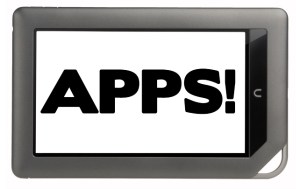 The Nook Color has always been considered a wannabe Android tablet and the latest update makes the 7–incher more tablet than ereader. Previously, modders opened up the platform to all sorts of Android tomfoolery, allowing users to run nearly stock Android builds that brought email, proper web browsing and apps to the device. Never mind that nonsense, Barnes & Noble just added those features themselves.

The latest update is a doozy. The Nook Color now runs on Android 2.2 and supports Flash, real email, and get this, page turning animations. (Like the iPad!) The Nook Color is open to even more apps, but only designed specificity for the device. Epicurious, Pulse, and Angry Birds are the highlights out of the 125 mostly paid apps but it still can’t run any ol’ Android app.

So does all this make the Nook Color the hot Android tablet right now? I’m leaning towards that conclusion. It was already one of the most popular iPad alternatives out there with its $250 price, hackable nature, and plenty of accessories.

If nothing else this update confirms that open devices can result in spectacular results for both the consumer and maker. The original Xbox is loved by the modding community for the same reasons as the NC and many of the user-made functions and apps hacked onto the gaming system were integrated into the Xbox 360. Barnes & Noble doesn’t have to out a new device, but simply update the Nook Color with features that are clearly desired. Amazon is probably taking detailed notes, as well.

The Nook Color update is rolling out today. Most units should prompt for the download, if not, download the update here.