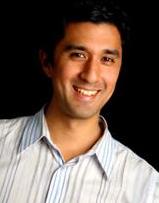 It’s been a big month in the Marino-Choy household. No sooner did Lisa Marino get promoted to CEO of the would-be comeback-kid RockYou, than did her husband Ro Choy get named COO of the surging Q&A site Formspring.

Choy’s roots go back to RockYou as well where he was chief revenue officer, before leaving in 2010 to become CEO of Peerpong. Peerpong didn’t last, primarily because its question and answer product failed to delight users, Choy says.

His new employer doesn’t have that problem. For all the hype and attention Quora gets thanks to its Valley-centric audience, high-quality responses, sky-high valuation and Facebook mafia pedigree, Formspring is way bigger. The site has more than 20 million monthly uniques and 3.5 million unique visitors per day. About three billion questions have been answered on Formspring to date, and about one million people respond to a question every day. That’s a lot of engagement.

The only thing that puts Formspring and Quora in the same category is the fact that people ask and answer questions on their sites. While Quora is a quintessential example of a site championed by Valley insiders, Formspring has a very mainstream, college kid audience, reflective of its Indiana-founding roots. (The company has since moved to the Valley and is flush with $14 million in Valley cash.)

And the questions and answers are totally different: Quora doesn’t allow users to poll each others’ opinions, it is seeking actual demonstrable answers to questions. And it prizes that ultimate answer more than the rights of the person asking. Formspring on the other hand is like those emails that used to go around where your friends filled out personal questionnaires and them routed them to more friends. They were annoying, but there was also an element of discovering more about a person you thought you knew that made them infectious. Formspring takes away the spammy chain letter element, and just leaves the infectious part.

After stints at two companies that didn’t live up to their promise, Choy says he’s excited to join such a strong product team. His goals will be on the business and operations side, starting to experiment with revenue models this year. Sponsored questions that allow brands to interact with users is an obvious direction. But the big thrust is keeping users growing. 20 million users may be bigger than the competition, but to really prove Q&A is a mainstream social media product, someone needs to hit the 100 million user milestone.