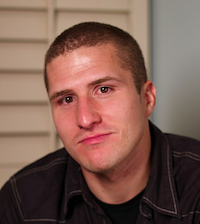 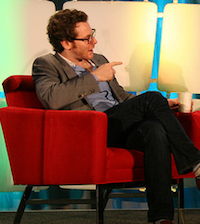 Longtime collaborators Shawn Fanning and Sean Parker are back together working on an ambitious new project, we’ve learned.

In 1999, Fanning and Parker introduced the world to Napster. Their music sharing service was absolutely culture changing and ushered in a new wave of excitement about the web. Now, over a decade later, they’re back at it. And the new project is nothing if not interesting. Think: Chatroulette — but done right.

We previously broke the news that Fanning had raised a small amount of money last year for the project. But we had basically no idea what it was. At the time, the name was “Supyo”, and that may still end up being the name. But we’re also hearing talk of using the name “Yo” or some other variation. (Note: supyo.com is clearly not their website, so don’t bother with it — try this one.)

Since then, other details have become more clear. That includes some big potential funding — and one of the investors is someone we know very well: Michael Arrington. More on that below.

Supyo is essentially a web-based video chat service that aims to connect like-minded people, we’ve learned. Again, it’s sort of like Chatroulette but without some of the problems that service faced.

Parker talked a bit about why he thinks “live” is the next big movement in social at last year’s Techonomy conference in Lake Tahoe. “No one has nailed live,” he said at the time, noting that Chatroulette was the most interesting play in the space. He went on to say that live video was what he was spending most of his time thinking about these days.

While it was Fanning who initially started the work on Supyo, we hear that Parker has since been brought on as an executive, devoting a good chunk of his time to the project. (But it’s important to note that his main job remains being a partner with Founders Fund.) While Napster ended in a flurry of lawsuits, Fanning followed it up with Snowcap and Rupture which gained success and were eventually acquired. He also helped start Path, but hasn’t been involved in the day-to-day there in a while. Meanwhile Parker, of course, found massive success at Facebook.

While much has been made about Parker’s past antics (made most famous by a certain Academy Award-winning movie he was a character in), everything he touches basically turns to gold.

The rest of the details about Supyo are still pretty scarce. We know location is a big element of it, as are algorithms to match users up with the right chat partners — and to avoid the “penis problem” that Chatroulette had. There is still likely to be an anonymous component to it, but if you’re a jackass, people can mark you as such. And if enough do, you’ll be stuck talking only to other jackasses. Or so we hear.

It’s said to be a completely browser-based experience right now.

In terms of the funding, given Parker’s involvement, it should be no surprise that Founders Fund is said to be leading a big new round. They’re teaming with a bunch of angels to raise around $5 million, we’ve heard.

And then there’s that other aspect. In digging into this story, we heard that a man by the name of “Arrington” is involved. Yes, that one. When confronted, he squirmed for a bit but eventually acknowledged his involvement. In fact, he’s the only one willing to confirm involvement at this point, but even he won’t spill more juicy details yet.

Stay tuned for more, I’m sure.

Update: We previously stated that the team was raising around $10 million, we’ve now heard that it’s closer to $5 million and could be a little less — that’s still being worked out, sources say.

The company has also put up a temporary splash page at this URL. 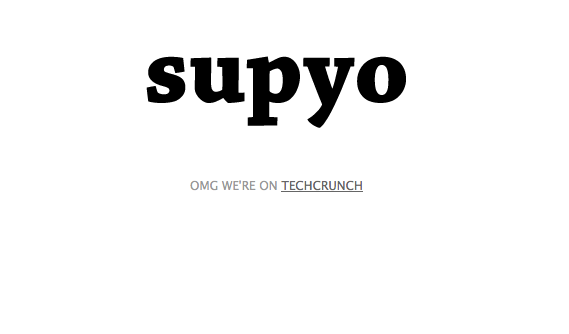