[youtube=http://www.youtube.com/watch?v=G6Q7VfWdgEg&w=640&h=390]
Here’s an interesting little project that anybody with some foil, gaffing tape, and a scintillator can do. It’ll let you see for yourself the natural radiation associated with elements like 40K Potassium, and of course any radiation coming off things like reactors or Godzillas.

The project is really simple; I suppose the hard part is getting your hands on a few scintillation crystals. I’m just going to admit right here that I had no idea what scintillators were until I looked them up just now, though there was a scintillator-type device in a Donald Duck comic back in the day. Gyro was using one to keep track of Huey, Dewey, and Louie.

I found a couple crystals on eBay for $50, though you can probably find some for less, and the plastic ones used in this experiment are almost certainly cheaper. 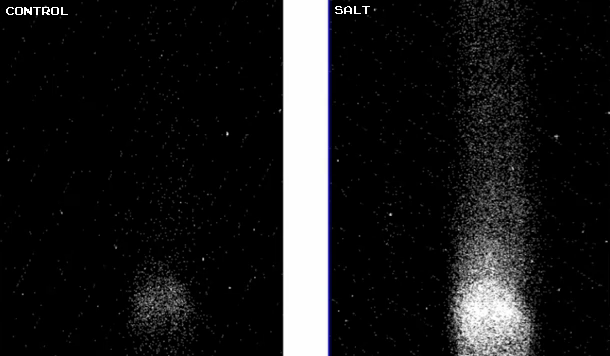 You put the crystal in front of your camera, block out all visible light with the foil and tape, and let the radiation from a banana or box of salt do its thing. The scintillator should produce enough visible light for the sensor to detect it, and with a little savvy image analysis, you have yourself a working radiation dosimeter. Science!

[via Make, PopPhoto, and PetaPixel]