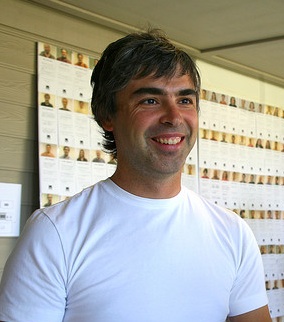 When Larry Page accepted the resignation of senior VP of product Jonathan Rosenberg on Monday, that was just beginning of a shakeup in the top ranks of Google. Page is ending his first week back as CEO by naming the senior team who each will run a different part of Google and report directly to him.

Search and Ads, obviously still remain supreme, and Page put two of his most seasoned execs in charge of those (Google started in Wojcicki’s garage, and her sister is married to co-founder Sergey Brin). YouTube is finally coming into its own under the leadership of Kamangar, another vet who wrote Google’s first business plan, launched AdWords, and previously was in charge of all the Web apps). And putting all of Mobile under Android chief Rubin is a no-brainer. The Web is going mobile and Google needs to be there in a big way. These are all sizeable businesses already.

But Chrome and Social? Aren’t these just experiments? Apparently not. Putting Gundotra in charge of social last summer was already an indication of how seriously Google is taking it (he was previously helping Rubin lead the Android charge, especially among developers). But now with his promotion and the recent launch of +1 (Google’s most recent foray into social), it’s getting more attention from up top.

How much more? Page is so focussed on it that 25 percent of everyone’s annual bonus at Google, reports SAI, will be tied to how well it does with social. That’s how much Facebook scares Page. But he’s not crazy. Social is critical. If people shift from search to sharing as the primary means to find information, then Google needs to figure out how to tap into social, and fast.

Chrome is perhaps the biggest surprise of the lot. It’s always been a strategic priority for Google—both the Chrome browser and the Chrome OS. But the Chrome OS hasn’t even shipped yet and is viewed by many outsiders as another outlandish engineering side project. That would be underestimating how important Chrome is to Google. Pichai, the newly promoted VP in charge of Chrome, was heavily recruited by Twitter earlier this year to become its head of product. Google countered with an almost unheard-of $50 million in stock grants, and now they want their money’s worth.

On the browser front, Google is gaining with Chrome in terms of market share, but more important to the company is simply to keep pressure on all the other browser makers to speed up the Internet experience for consumers. The faster people can move around the Web, the more they search. It’s as simple as that. Making a full-fledged OS is a longer-term project which aims straight at Microsoft. But the idea is similar. If all of your applications and data are in the cloud, your main mode of computing will be to always be in the Internet, in your browser, searching.